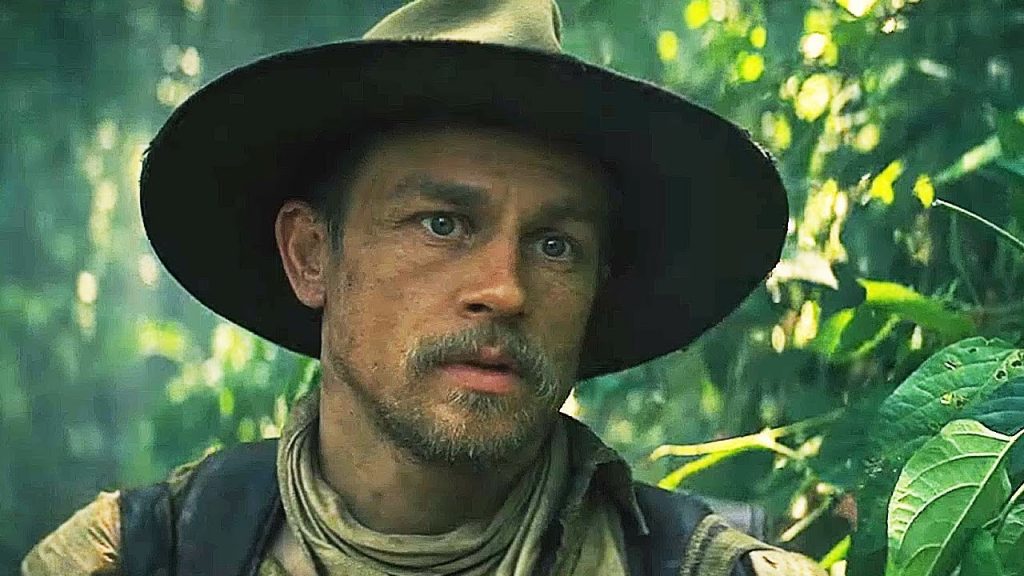 Photo from the film The Lost City of Z.

When Percy Fawcett (1867-1925) was sent by the British RGS (Royal Geographical Society) on his first expedition to South America in 1906, his purpose was to map the jungle area at the border of Brazil and Bolivia. He continued to travel to the region and by 1914 formulated an idea about “the lost city of Z”. His obsession with “Z” culminated in 1925 while on an expedition from which he never returned.

David Grann, an American journalist published: The Lost City of Z: a Tale of Deadly Obsession in the Amazon, which became a bestseller in 2009.

Director and screen writer James Gray has a new offering: The Lost City of Z, scheduled to be released in theaters on April 14th, 2017. In a perfectly traditional format he tells the story of Percy Fawcett (Charlie Hunnam), a British officer of the Royal Artillery in Ceylon who married Nina Paterson (Sienna Miller) in 1901 and had three children. Fawcett came from modest means and was “unfortunate in his choice of ancestors”, since his father was an alcoholic. He joined the RGS, while studying surveying and mapmaking, and ventured into Amazon eight times, with financial support from the organization. While on expedition, moving upriver on a small barge, he encountered insects, large animals, hunger and a wild local population, some friendly and some hostile. During his expeditions he found ancient pottery and carvings, proving the existence of an advanced culture and civilization that may have predated Europe. He named the city Zed. Despite a warning Fawcett proceeded tracking into hostile territory, where he may have found his demise in 1925.

In addition to a fantastic plot director Gray is served by an accomplished cast. Charlie Hunnam in the role of Percy Fawcett gives us a hero who knows no boundaries, determined to reach his destination at all costs. Sienna Miller as Nina Fawcett portrays an intelligent woman, a feminist ahead of her time, who stands by her man. Robert Pattinson as Corporal Henry Costin and Tom Holland as Jack, Fawcett’s son and travel companion, give good supporting performances.

If adventure, eco-tourism and real history are in your sphere of interest The Lost City of Z is the film to view in April.