Rapper Chief Keef was reportedly arrested and charged with DUI on Saturday, following a confrontation with police on Miami Beach streets. Reports that were filed by officers following the incident claim that the Chicago-based performer was apprehended after he was seen with “bloodshot, watery, droopy eyes.” He was also detained for having a cup filled with the syrupy liquid sizzurp with him.

Alki David, the CEO of FilmOn TV, has commented on Chief Keef’s arrest, as the rapper has shared his work on the free Internet-based television service. The executive officer, who’s also in charge of Hologram USA, stated:

Chief Keef is one of the most vital and authentic voices representing African American youth today. As such he is particularly vulnerable to police actions that seek to silence him. FIlmOn TV and Hologram USA are proud of our renewed creative collaborations with Sosa and support him 100%.

The 21-year-old performer, who first acquired fame when he began posting videos on YouTube, was in a car with Cortez McElrath before his arrest. Chief Keef, whose real name is Keith Cozart, was driving a green two-door McLaren around Miami before the confrontation with officers. While stopped at a red light, the police witnessed McElrath jump out of the car’s passenger side, according to the Miami Herald

The officers’ report further states that McElrath then ran to an Altima that was behind the McLaren. He handed Eddie Bryant, who was sitting in the front passenger seat, a bag that was described as being filled with a green leafy substance. When McElrath then saw the police, he ran back to his vehicle. But officers eventually held him at Taser-point and placed him in handcuffs.

While his friend was being apprehend, Chief Keef was also held at Taser-point by another officer, as he was witnessed as moving his hands around in the vehicle. The rapper was charged with DUI after he “he did not perform to standard” on his sobriety test, an officer wrote in the report.

This isn’t the first time that Chief Keef has had run-ins with the law this year. In January, the rapper was arrested in connection with an armed home invasion, according to TMZ. He was charged with robbery and assault, after allegedly attacking his former music producer, Ramsay Tha Great, in his home. 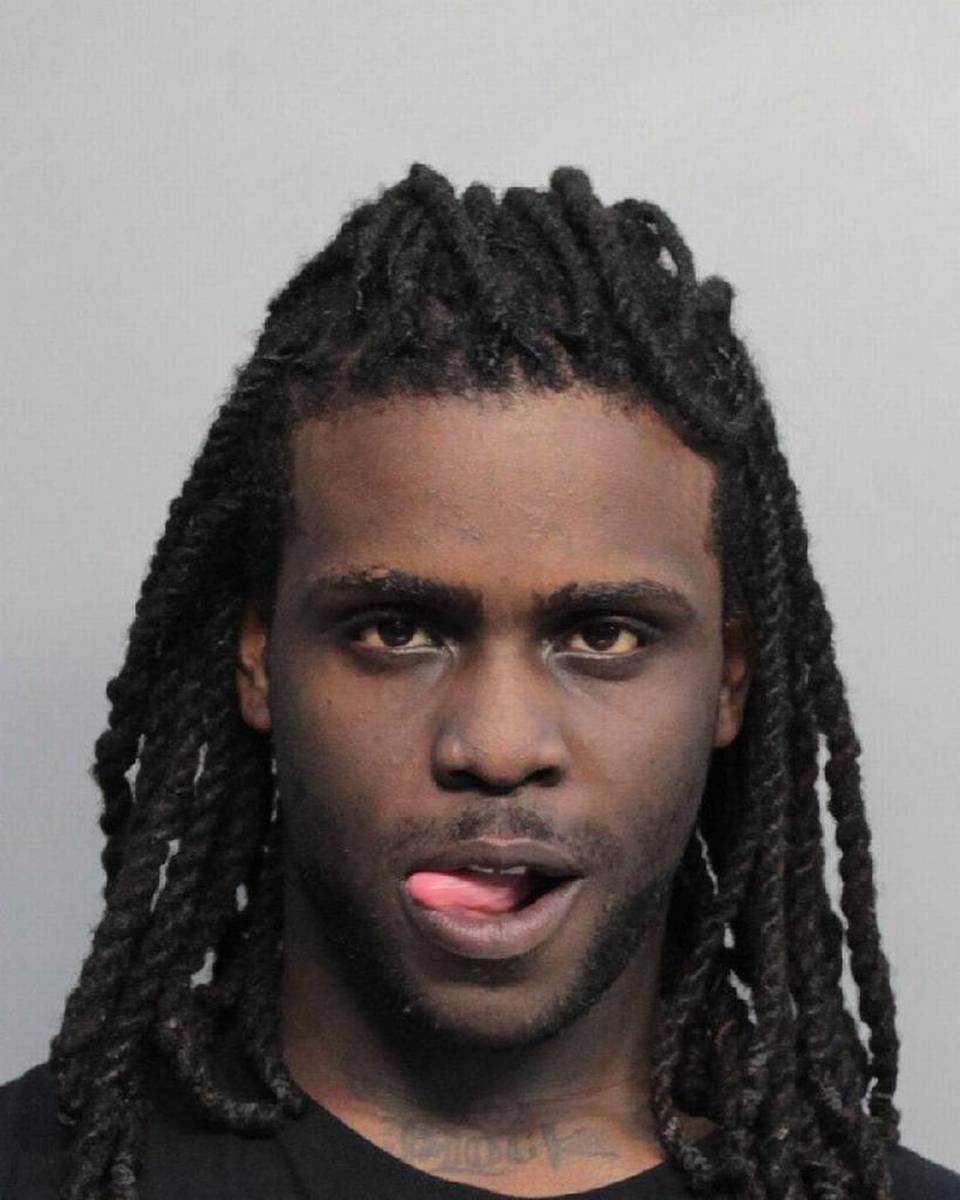