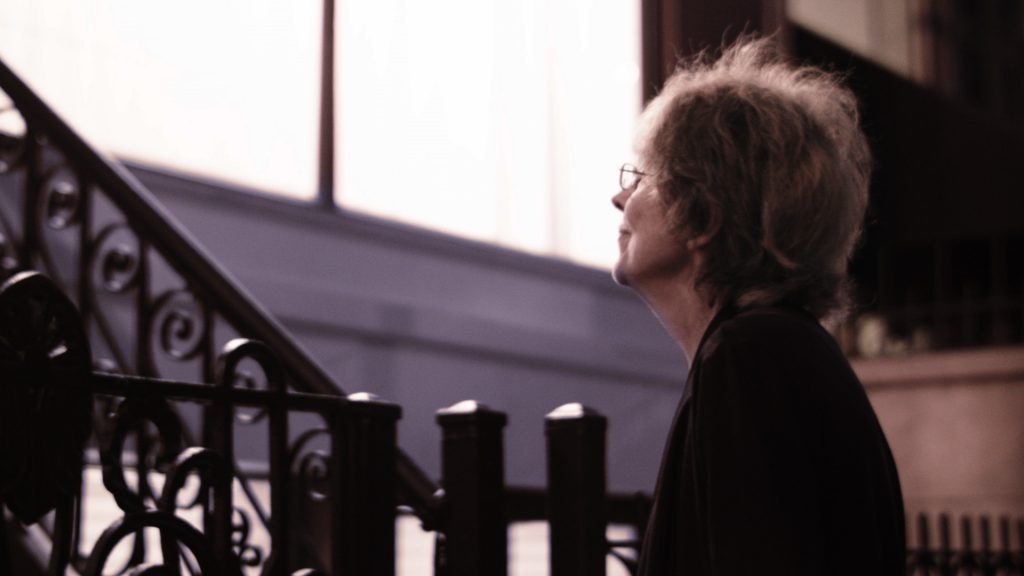 Photo from the film Hilda from director Kiira Benzing.

The vibrant New York scene has served as a springboard to stardom for many artists. Yet that very same hub of creativity has concealed through time many talents, who are waiting to be discovered by a wider audience. One of these is Hilda O’Connell. In the late 1950s the female artist lived shoulder to shoulder with the greatest painters of the Abstract Expressionist movement. She was surrounded by the talents of Willem de Kooning and Milton Resnick, and became a member of the Aegis Gallery, exhibiting in the famed East 10th Street galleries throughout the 60s.

Thanks to the delicate and poetic short film ‘Hilda,’ directed by Kiira Benzing, this charismatic woman gains the worthy recognition for her artistic fortitude. The movie coalesces different genres, as the element of dance (that evokes great musicals such as ‘An American In Paris’) intertwines with the traditional narrative of a documentary film, where we witness how the protagonist continues to paint despite her aging body. Make-believe (through a youthful alter-ego played by Lindsay Dunn) meets contemporary reality, as audiences are lead into the studio where Hilda’s magic happens, amongst her paintbrushes and colours.

The short film is part of a medium-length film ‘Double Portrait’ which is also a hybrid documentary, where a vérité documentary blends with the musical genre to depict the story of two octogenarian New Yorker artists: Hilda O’Connell and Arnold Wechsler. Music leads the way, as Kiira Benzing selects composer Lucas Lechowski (who worked with Nicholas Britell known for having scored Academy Award for Best Picture, ‘Moonlight’), to create a suave jazzy soundtrack, capable of entrancing through the mixture of mediums.

Paint, dance and memory blend with the emotional sensitivity of the jazz trio? Julian Shore on the piano, Edward Perez on bass and Peter Kronreif on drums? as violinist Maria Kistner Conti introduces us to the story of O’Connell, on Bach’s notes. The exceptional ‘Hilda’ testifies, with grace and grit, the phenomenon of studio spaces disappearing for NYC artists, gobbled by gentrification and the metamorphosis of the Big Apple’s artistic scene.

Technical: A-
Story: B+
Overall: A
Written by: Chiara Spagnoli Gabardi

Cancel reply
A Woman’s Life Movie Review: Life is not as good or bad as you think
Paul Mormando’s Film Bound By Debt Swings Into Action with First Trailer
To Top