Often times, the only possible way to guarantee survival during difficult situations is to ally with the unlikeliest and most reluctant of accomplices. That’s certainly true for Brittany Snow and Dave Bautista‘s characters in the upcoming action movie, ‘Bushwick.’ In conjunction with the drama having its World Premiere at last January’s Sundance Film Festival, and it also gearing up to screen tonight at the Cannes Film Festival, Collider has released three new teaser posters from the movie.

Nick Damici and Graham Reznick co-penned the script for ‘Bushwick,’ which was directed by Cary Murnion and Jonathan Milott. In addition to Snow and Bautista, the adventure film also stars Angelic Zambrana, Jeremie Harris, Myra Lucretia Taylor and Arturo Castro. The movie was produced by Nate Bolotin of XYZ Films and Adam Folk of Bullet Pictures. RLJ Entertainment will release ‘Bushwick’ in theaters and on VOD and Digital HD on August 25.

‘Bushwick‘ follows Lucy (Snow) as she steps off the New York City subway, she walks into an utter bloodbath on the streets of the title Brooklyn neighborhood. Texas is attempting to secede from the Union, and militia forces have descended upon New York City to claim it as an East Coast base of operations and negotiation tool. Faced with a flurry of whizzing bullets and total destruction around every corner, Lucy takes shelter in the basement of Stupe (Bautista), a burly war veteran who reluctantly helps her traverse the treacherous five-block stretch of Bushwhack to reach her destination—assuming it’s still there. 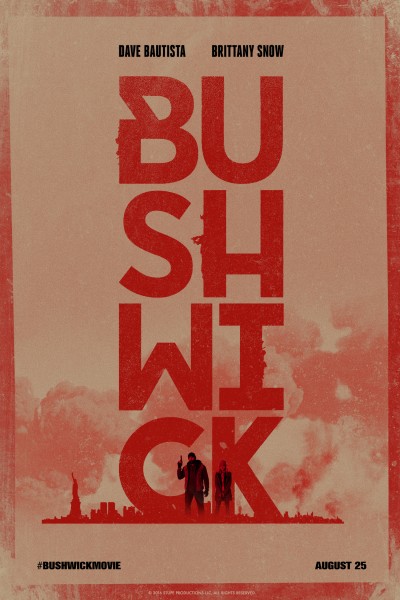