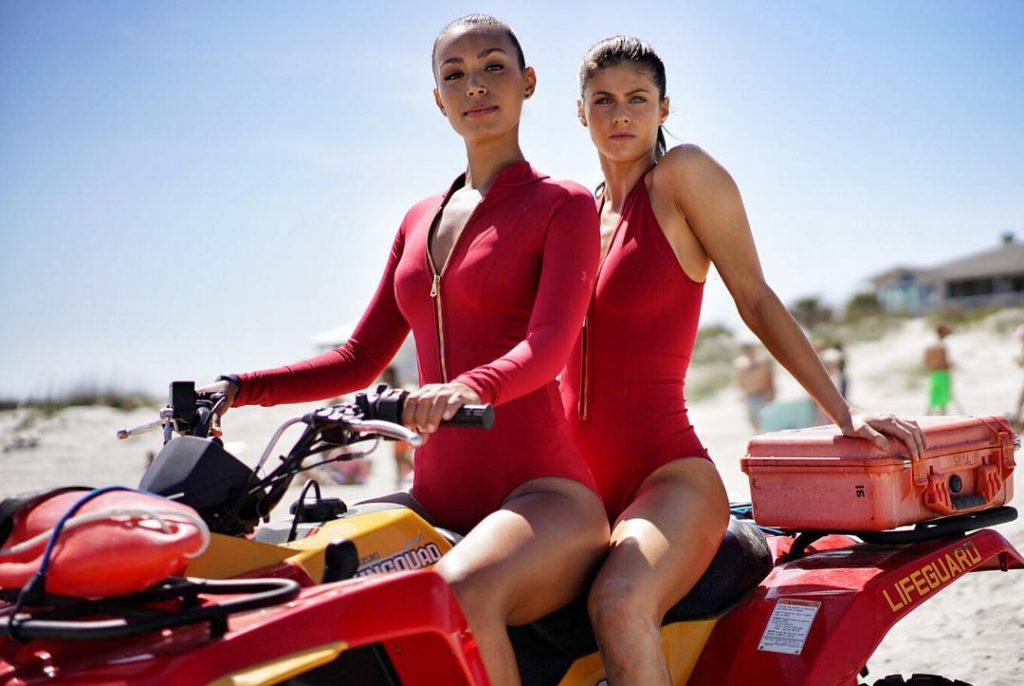 Girls from the ‘Baywatch’ reboot.

The television action series of the nineties, that made history on the beaches of Los Angeles, gets reshaped into a feature film directed by Seth Gordon. Audiences surely did not feel the urge of the movie ‘Baywatch,’ which follows the leadership of the new Mitch Buchannon – played by Dwayne Johnson whose role was originally shaped by David Hasselhoff – and his team of lifeguards. However, reboots are what currently defines cinema of the 21st century.

The film moves location from California to the Emerald Bay in Florida, where the Baywatch crew has a complete makeover: C.J. Parker, who was the object of desire from several men on the beach through the voluptuous silhouette of Pamela Anderson, finds a worthy heir with Kelly Rohrbach. Second-in-command Stephanie Holden, whose role once belonged to Alexandra Paul, gets handed over to Ilfenesh Hadera; just as Nicole Eggert’s Summer Quinn is bequeathed to Alexandra Daddario and the hotheaded Matt Brody, once embodied by the charming David Charvet, gets a millennial make over with Zac Efron. The novelty in the Baywatch brand is that also average bodies can aspire to become part of the lifeguard team, as the character of Ronnie attests played by the chubby Jon Bass.

The writing skills of Damian Shannon and Mark Swift deliver a witty and amusing exchange of dialogues, that is neatly nestled in a fairly predictable denouement. Seth Gordon tries to bring back the aura of the legendary characters but does not fully succeed. Not even the cameos of David Hasselhoff and Pamela Anderson reprise the allure of the lifeguards breaking through the waves on the notes of Jimi Jamison’s “I’m Always Here.” Nevertheless the trashy revival of the muscle-beach series has its moments of amusement, especially when we see “The Rock” making fun of the “High School Musical” kid.