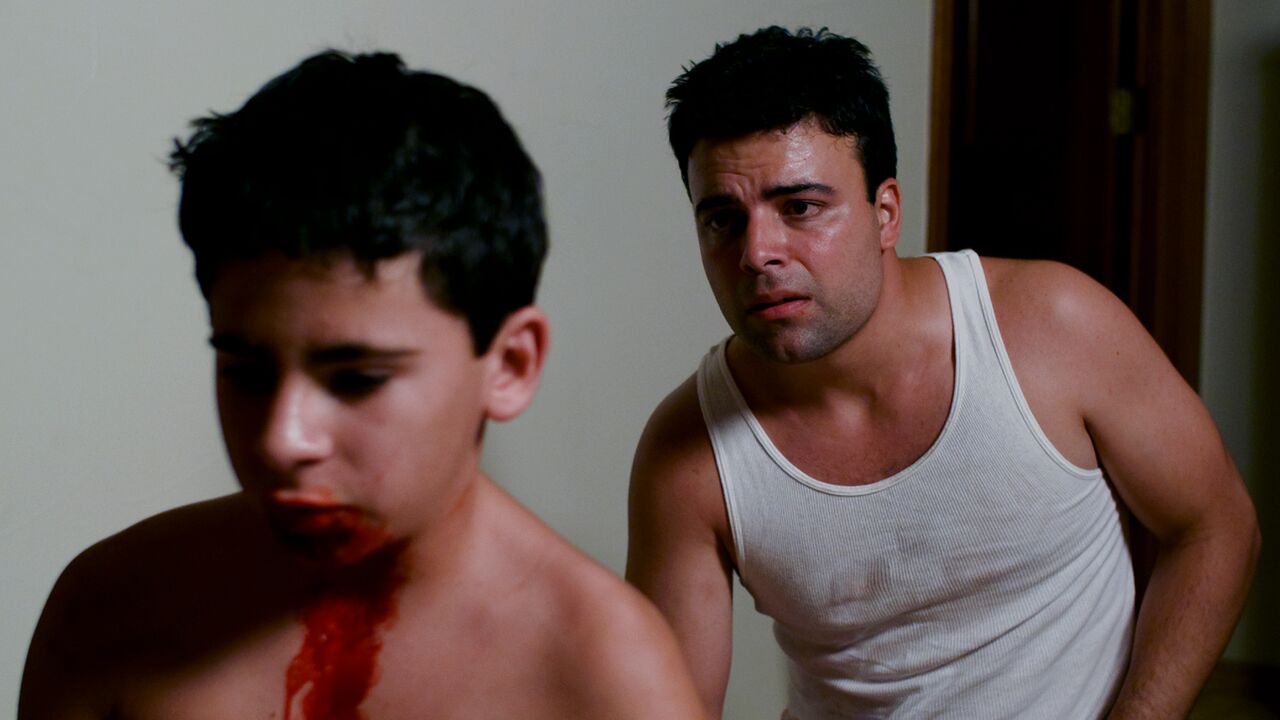 The process of transitioning into a vampire isn’t as glamorous as it’s showcased to be in many horror films and television shows. In the latest genre movie, ‘Aaron’s Blood,’ the title character’s teenage son intriguingly and uniquely becomes overcome by grief over his natural inclination to kill humans in order to secure his own survival. In honor of the film’s recent theatrical and On Demand and Digital HD releases by Gravitas Ventures, Shockya is premiering an exclusive clip from the drama, which is titled, ‘Look What I Did.’ The clip features Aaron’s son, Tate, as he expresses his remorse to his father over his attack of an innocent man.

Gravitas Ventures has released the following synopsis for ‘Aaron’s Blood’:

Aaron (Martinez) copes with his new life as a single father and the distant relationship he shares with his only child, Tate (Stovall). A timid hemophiliac, Tate is roughed up at school by the chief bully causing a massive nosebleed that lands him in the hospital fighting for his life. He makes a miraculous recovery after a necessary blood transfusion, but Aaron begins to notice progressively strange behaviors in his son. Faced with the grim possibility that his son could be becoming a vampire, Aaron enlists the help of a local vampire hunter and embarks on a frantic search to find the source of the infection to stop the transformation before it’s too late.

Shockya's exclusive clip from writer-director Tommy Stovall's horror-thriller, 'Aaron's Blood,' which is titled 'Look What I Did,' and features actors James Martinez and Trevor Stovall.