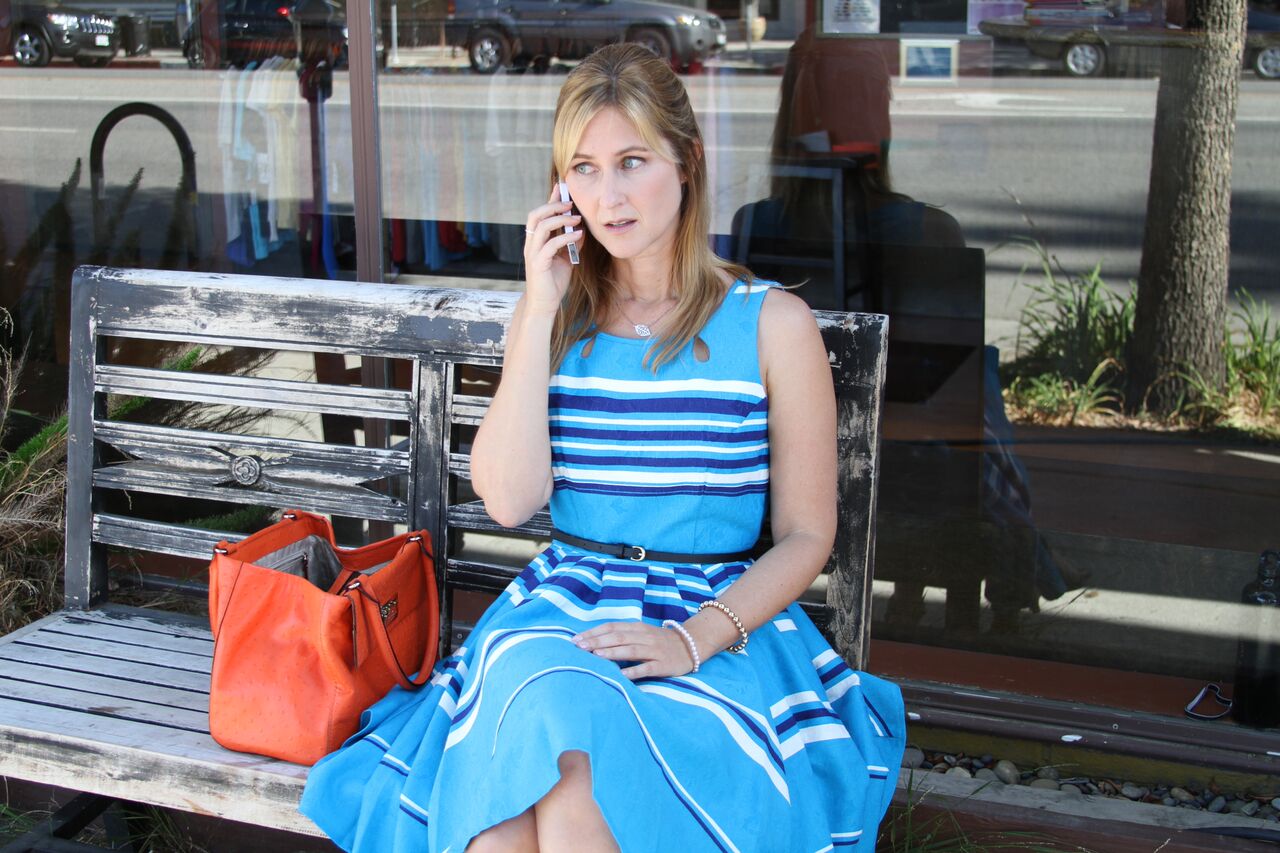 Actress-writer-director-producer Rainy Kerwin appears in a screenshot from Shockya’s exclusive clip from the romantic comedy, ‘The Wedding Invitation.’

Securing a date to a wedding is the ultimate way to prove your worthy social status. But as Rainy Kerwin is learning in her new film, ‘The Wedding Invitation,’ the seemingly easy task of obtaining a date is actually no easy feat. In honor of the romantic comedy’s release on VOD and iTunes this week by Freestyle Digital Media, Shockya is premiering an exclusive clip from the movie. The video, which is titled ‘Yoga Guy,’ shows the actress’ character, Lucy, as her latest desperate attempt to land a last-minute date with a guy from her yoga class has become extremely humiliating.

The following synopsis for ‘The Wedding Invitation’ has been released:

When three best friends get a last minute invitation to an 80’s prom-themed wedding, they’re suddenly catapulted into a desperate tailspin to land dates. They’ve got one week to track down their perfect guys and turn them into plus-ones. As the three heroines embark on this empowered mission to take control of their dating lives, they quickly discover, it isn’t that easy.

Lucy (Kerwin) meets Graham (Macken), the sexy guitar teacher, and is instantly smitten. But before she can pop the question, his girlfriend shows up and Lucy’s romantic fantasy of riding off into the sunset is instantly quashed. Ryann (Guaty) sets her sights on her longtime crush and local bartender, Chris (Nick George). Fueled by the wedding invitation and a few shots of tequila, courage comes easily. Nectar (Ulloa) is determined to find “Mr. Right” by hitting on every eligible bachelor she meets. With the wedding looming, the three underdog best friends will need to support each other, and be willing to leap to find love.