Rico Rodgriguez is discovering his natural talent as a skateboarder in a south-of-the-border journey in the new animated movie, ‘Americano.’ In honor of the family film supporting the process of finding your passion, as it arrives on DVD, Digital HD and On Demand tomorrow from Lionsgate, Shockya is premiering an exclusive clip from the comedy. The video, which is titled ‘Skateboarding,’ features the ‘Modern Family’ star voicing Mexican parrot Cuco, who’s being encouraged to pursue his dream by Lucille, another bird that’s voiced by Lisa Kudrow.

‘Americano,’ which is available in both English and Spanish, has been awarded the Dove Family Seal of Approval. The adventure movie’s DVD will be available for the suggested retail price of $14.98.

In addition to Rodriguez and Kudrow, the animated family comedy also features the voices of Kate Del Castillo, Cheech Marin, Gabriel “Fluffy” Iglesias and Edward James Olmos, in addition to radio personalities Don Cheto, El Mandril and Argelia Atilano. ‘Americano’ was helmed by Ricardo Arnaiz, who also contributed to the screenplay, as well as Mike Kunkel and Raul Garcia, the latter of whom served as the animation director.

Lionsgate has released the following synopsis for ‘Americano’:

Cuco is a Mexican boy parrot that would rather imitate the crazy stunts of his TV parrot superhero, El Americano, than help with his chores at the family bird circus. Yet when a gang of bully birds threatens his ringmaster father and takes over the circus, Cuco sets off on a hilarious and perilous journey to Hollywood to enlist his hero in his fight, only to discover the true hero within himself. 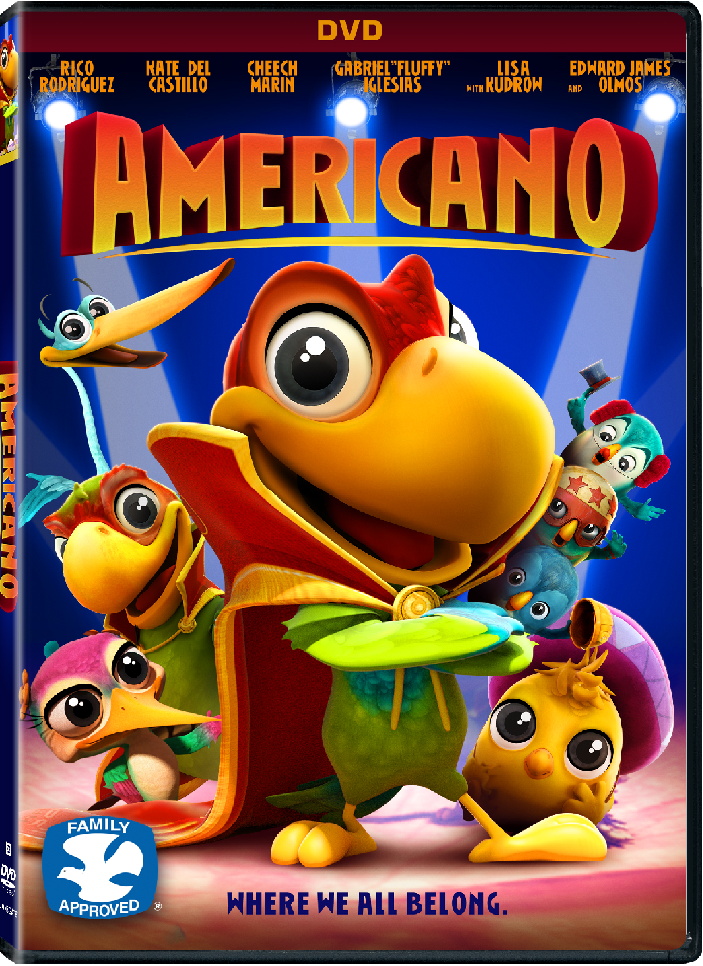 Shockya's exclusive clip from the home release of Lionsgate's animated family film, 'Americano,' features the voices of Lisa Kudrow and Rico Rodgriguez, whose character shows off his skateboarding skills.