Watch the new trailer for the upcoming Netflix original documentary “Nobody Speak: Trials of the Free Press”, launching globally June 23, 2017.

When the online tabloid Gawker posted a surreptitiously filmed sex tape of professional wrestler Hulk Hogan, it ignited a high stakes legal battle that pit privacy rights against the first amendment. The staggering verdict bankrupted Gawker and its founder Nick Denton, but also exposed a shadowy figure behind the scenes — Silicon Valley venture capitalist Peter Thiel. Nine years earlier Gawker had outed Thiel on its site and the furious billionaire had been waiting for his chance to destroy them.

The Florida trial happened against the backdrop of a contentious election. Thiel’s battle with Gawker, along with Sheldon Adelson’s secretive purchase of the Las Vegas Review–Journal and President Trump’s treatment of journalists, portend a sinister trend threatening a free press and has brought to light a potential threat to democracy. Are the very wealthy thwarting the First Amendment to silence critics? In an age of extreme inequality, how vulnerable is a free press that has lost most of its traditional sources of income? Perhaps most frightening, what could a billionaire with the executive branch at his command do to those who have angered him? 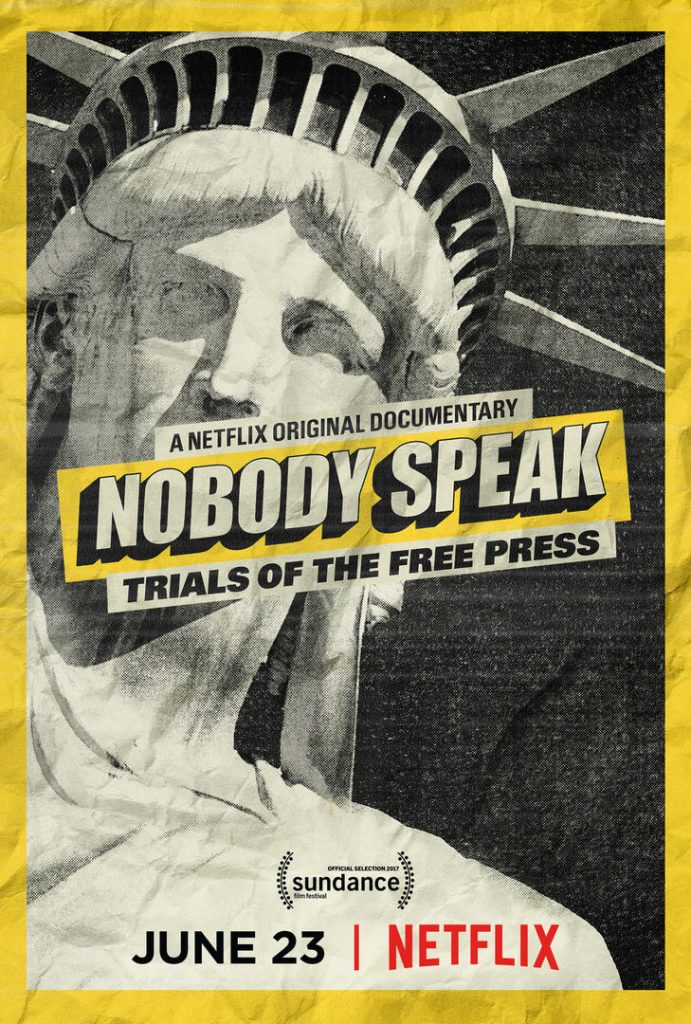 Poster for the film “Nobody Speak: Trials of the Free Press”.