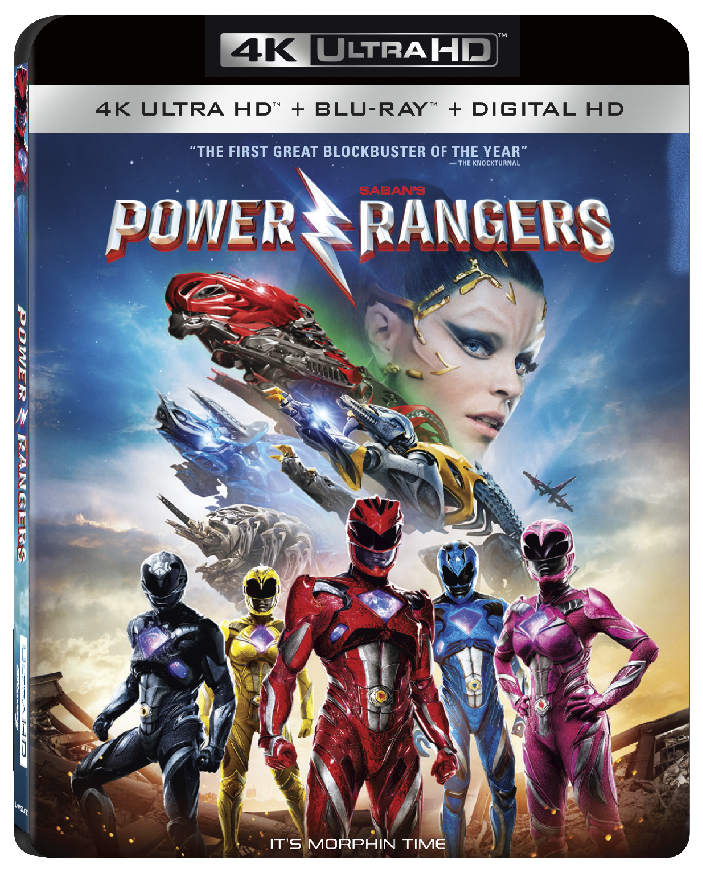 Five ordinary high school kids are realizing that they can become something extraordinary when they’re forced to form an unlikely alliance, and become a united group of heroes. Banding together in order to harness their super powers and save the entire world has become their destiny in this past spring’s big screen adaptation of the hit television series, ‘Power Rangers.’

The title superheroes’ journey to stop Earth from being obliterated by an alien force is invading the world again, as the action-packed, coming of age film is being released on home entertainment. ‘Power Rangers’ is now available on Digital HD, and is also set to morph onto 4K Ultra HD Combo Pack (plus Blu-ray and Digital HD), Blu-ray Combo Pack (plus DVD and Digital HD), DVD and On Demand on Tuesday, June 27 from Lionsgate. The home release comes after the sci-fi movie was distributed in theaters by Lionsgate and Saban Films on March 24.

In celebration of the ‘Power Rangers’ home release, Shockya is offering two lucky winners a Blu-ray Combo Pack. To enter, email, us at ShockyaGiveaway@aol.com. Let us know that you’re entering to win the ‘Power Rangers’ Blu-ray Combo Pack giveaway in the email’s subject line and message. You have until the drama’s home release on June 27 to enter, and you can enter the contest once daily. After June 27, we’ll pick the winners at random and notify them through email. Good luck!

The modern update of the five title characters from the original 1990s television series, ‘Mighty Morphin Power Rangers,’ features Dacre Montgomery as Jason the Red Ranger; Naomi Scott as Kimberly the Pink Ranger; RJ Cyler as Billy the Blue Ranger; Ludi Lin as Zack the Black Ranger; and Becky G. as Trini the Yellow Ranger. The five Power Rangers attempt to stop the evil and unpredictable Rita Repulsa, who’s played by Elizabeth Banks, from destroying their city…and ultimately the world. Bryan Cranston stars as Zordon, and Bill Hader appears as Alpha 5, who trains the Rangers to morph and master their powers as a united team. The action-adventure movie was directed by Dean Israelite, and written by John Gatins.

The ‘Power Rangers’ 4K Ultra HD, Blu-ray and Digital HD releases feature never-before-heard audio commentary with Israelite and Gatins, as well as a documentary featuring commentary from the actors and filmmakers, including the franchise’s creator, Haim Saban. The nine-part featurette looks behind the scenes of the film at the casting, training, special effects and creation of the epic superhero reboot, with deleted, alternate and extended scenes and outtakes. The 4K Ultra HD Blu-ray will also feature Dolby Vision high-dynamic range (HDR), which makes it the first title from Lionsgate to feature both Dolby Vision and Dolby Atmos.

The ‘Power Rangers’ DVD will include exclusive audio commentary with Israelite and Gatins, and deleted, alternate and extended scenes and outtakes. The epic drama will be available on 4K Ultra HD Combo Pack, Blu-ray Combo Pack, and DVD for the suggested retail price of $42.99, $39.99 and $29.95, respectively. 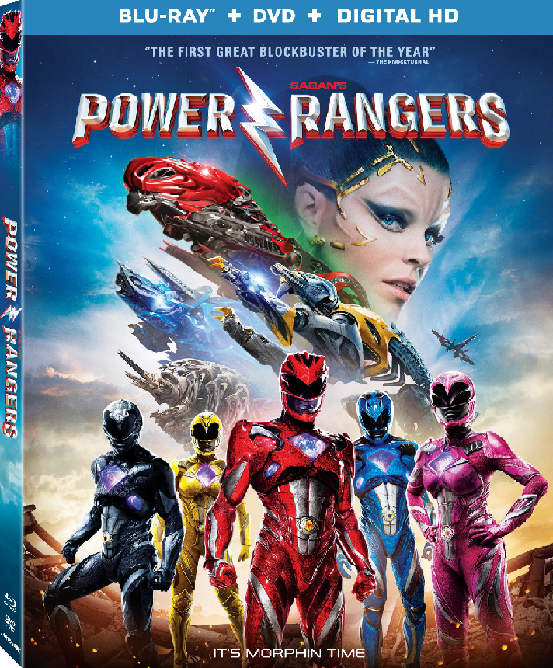