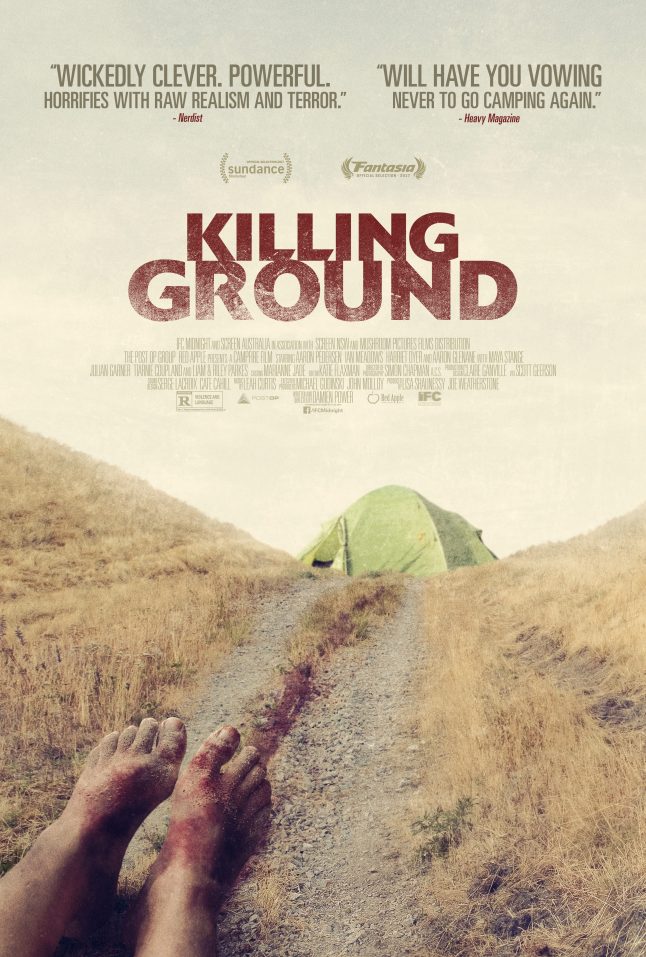 A weekend getaway that was meant to rekindle the romance between a couple whose bond is strained is instead turning into a fight for survival during a tense and life-altering weekend. That desperate battle for endurance is highlighted in the new official poster for the upcoming horror movie, ‘Killing Ground.’

IFC Midnight has debuted the poster in support of the Australian thriller’s release in American theaters and On Demand on Friday, July 21. The distribution comes after ‘Killing Ground‘ had its world premiere at this year’s Sundance Film Festival, and then played at the Overlook Film Festival. It was also announced this week that the drama will also screen at Horror Channel FrightFest, which is scheduled to run in London’s West End between August 24 and 28.

IFC Midnight has released the following synopsis for ‘Killing Ground’:

A couple’s romantic camping trip becomes a desperate fight for survival in this ultra-raw, unhinged kill ride. In need of a break from the pressures of their life in the city, Sam (Dyer) and Ian (Meadows) head to a remote beach for a weekend getaway. When they come across an abandoned campsite, with no trace of its occupants, they’re concerned. When they discover a lone, traumatized child nearby, they’re scared. When they encounter two local weirdos, they’re in for a hell of a bad time. Unfolding in an innovative, time-scrambling structure, ‘Killing Ground’ delivers both nerve-shredding suspense and gut-punching realism.