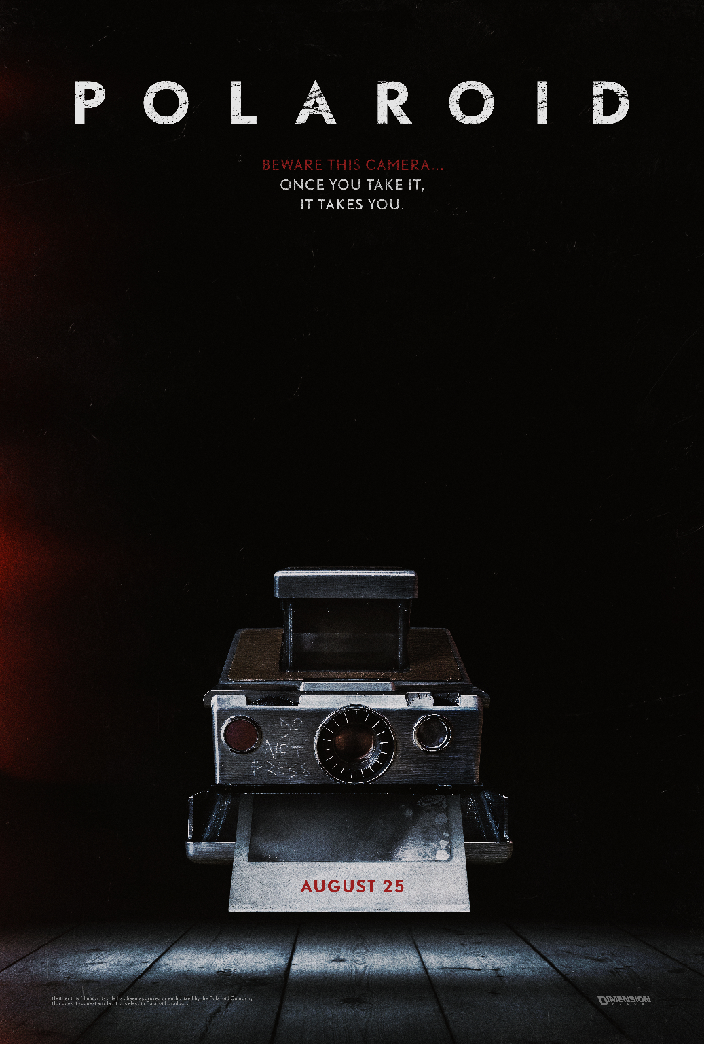 Sometimes secrets aren’t meant to remain hidden in the dark. The fate of a group of high school students is being exposed in the new official trailer for the upcoming horror movie, ‘Polaroid.’ The trailer was released by Dimension Films, which is set to be released wide in theaters on August 25.

Lars Klevberg made his feature film directorial debut on ‘Polaroid.’ The feature comes after the filmmaker wrote, helmed, edited and produced the award-winning 2015 short film of the same name, which the long-form movie is based on.

‘Polaroid’ follows a high school loner Bird Fitcher, who has no idea what dark secrets are tied to the mysterious title vintage camera she stumbles upon. But it doesn’t take long to discover that those who have their picture taken with it meet a tragic end.

Dimension Films has released the new official trailer for the horror movie, 'Polaroid,' which was directed by Lars Klevberg, and stars Kathryn Prescott and Mitch Pileggi.