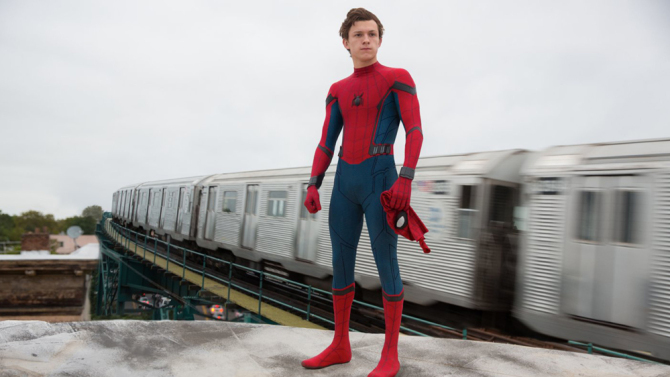 If you thought you could not take one more movie about Peter Parker, the latest reboot of the Spider-Man film franchise and the sixteenth film of the Marvel Cinematic Universe, will change your mind. The genius behind ‘Spider Man Homecoming’ is definitely in the witty team of screenwriters:  Jonathan Goldstein, John Francis Daley, Christopher Ford, Chris McKenna, Erik Sommers and director Jon Watts. Humorous lines will tickle you pink, as the action doesn’t cease to surprise and keep audiences on the edge of their seats.

The target of spectators shifts towards millennials, as we see a high-school Spidey emerge from his cocoon and become a working-class hero. Tom Holland is the new Peter Parker/Spider-Man (who made his sensational debut in ‘Captain America: Civil War’) and he has an ingenue charm as he embodies the character that was created by writer-editor Stan Lee and writer-artist Steve Ditko. Peter Parker, with the help of his mentor Tony Stark (Robert Downey Jr), tries to balance his life as an ordinary adolescent in Queens, while trying to nail down a new villain: the Vulture (Michael Keaton).

Stylistically the film is deeply grounded in the third millennium: we begin with hand-held smartphone shots, that present the enthusiastic perspective of Peter Parker training with Tony Stark, and continue with Spider-Man’s sophisticated A.I. devices. The Generation Z superhero now has Web Wings, a Spider Holographic Tracer, and his very own JARVIS. Iron Man’s artificially intelligent computer (Just A Rather Very Intelligent System), does not have the grace of Spider-Man’s “Suit Lady.” Peter names Karen his Siri-like superhero costume, who supports him during his acrobatic combats and his romantic struggles.

You will have a blast, from start to finish, watching this enjoyable entertainment flick. Do stay in the screening room until the very end. There are two final scenes that should not be missed. The first prepares us for what will come next in the Marvel franchise, and in the second Captain America imparts an important message for our every day existences ? funny but true!