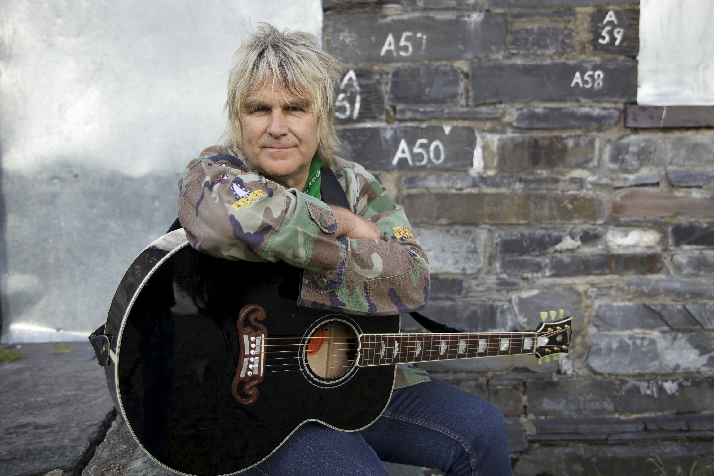 Mike Peters from the documentary, ‘Man in the Camo Jacket,’ an XLrator Media release.
Photo courtesy of XLrator Media.

Iconic musician Mike Peters may have initially risen to fame with The Alarm in the early 1980, but the British alternative rock group member has also garnered attention in recent years for his unrelenting battle against cancer. The lead singer of the new wave band is enlisting some of the world’s top musicians to help save the lives of cancer patients around the world. In honor of Peters’ determined fight against the disease, Shockya is premiering an exclusive clip from the , songwriter and guitarist’s music documentary, ‘Man in the Camo Jacket.’

‘Man in the Camo Jacket’s soundtrack is also now available by Twenty First Century Records/J2 Records/ATA Records, and is being distributed by Ingrooves. The soundtrack’s singles will be distributed by Play MPE.

XLrator Media has released the following synopsis for the movie:

‘Man in the Camo Jacket’ is the story of iconic musician Mike Peters of the Welsh rock band The Alarm. The movie traces his rise to fame, battles with cancer, and inspiring climb back as he enlists some of the world’s top musicians to help save the lives of cancer patients around the globe. Ultimately though, the life he saves may be his own. Filmed over the course of eight years, the documentary documents Mike’s journeys to the summits of the world’s tallest mountains and to the depths of his regular chemotherapy treatments, and features one-of-a-kind performances from legendary rock musicians.