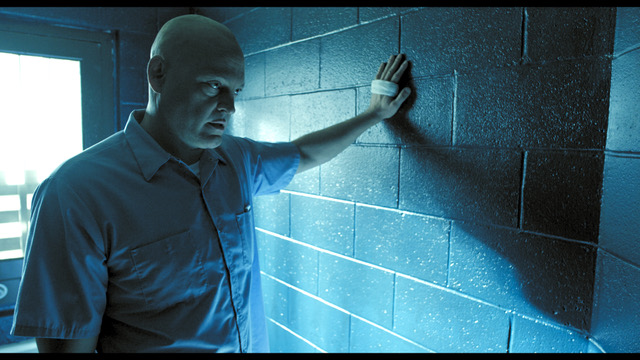 Vince Vaughn in stars in the action crime thriller, ‘Brawl in Cell Block 99,’ which was written and directed by S. Craig Zahler.
Photo Courtesy: RLJE Films

Vince Vaughn is about to find himself in a ruthless fight for his life, as RLJE Films has acquired the North American distribution rights to his upcoming action film, ‘Brawl in Cell Block 99.’ The acquisition comes after the distribution company, which is a brand of RLJ Entertainment, successfully collaborated with the crime drama’s writer-director, S. Craig Zahler, on the 2015 critically acclaimed western, ‘Bone Tomahawk.’

RLJE Films and the filmmaker also reunited with producers Jack Heller from ASSEMBLE Media and Dallas Sonnier from Cinestate, who also worked on ‘Bone Tomahawk.’ The group also worked with IMG Films on ‘Brawl in Cell Block 99.’ Mark Ward and Jess De Leo from RLJE Films negotiated the deal with Heller, Sonnier and WME, on behalf of the filmmakers. The Los Angeles-based movie production and sales company, XYZ Films, will handle foreign sales and serve as executive producers on the thriller.

In addition to Vaughn, ‘Brawl in Cell Block 99’ also stars Jennifer Carpenter, Marc Blucas, Udo Kier and Don Johnson. The action film will have its World Premiere at the 2017 Venice International Film Festival, and then screen at the 2017 Toronto International Film Festival and Fantastic Fest. RLJE Films will then release the drama in theaters nationwide on October 6.

“With the announced Venice, Toronto and Fantastic Fest premieres, the verdict is in. S. Craig Zahler has done it again,” said Ward, who serves as RLJE Film’s chief acquisitions officer. “Considering the success of ‘Bone Tomahawk’ and the stellar performance by Vince Vaughn, we couldn’t be more thrilled to reunite and bring ‘Brawl in Cell Block 99’ to audiences.”

In ‘Brawl in Cell Block 99,’ a former boxer named Bradley (Vaughn) loses his job as an auto mechanic, and his troubled marriage is about to end. At this crossroads in his life, he feels that he has no better option than to work for an old buddy as a drug courier. This improves his situation, until the terrible day that he finds himself in a gunfight between a group of police officers and his own ruthless allies. When the smoke clears, Bradley is badly hurt and thrown in prison, where his enemies force him to commit acts of violence that turn the place into a savage battleground.