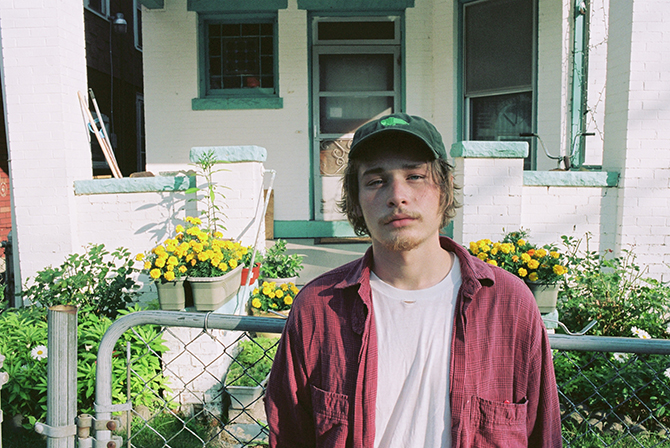 One of the most important aspects of being a successful artist is having the ability to easily transform into new personalities, and adapt to new environments. Singer-songwriter Casey Bolles is doing just that with his new project, Gardenhead. After much reflection, soul-searching and an abundance of fanfare, the musician recently released his debut single under his new moniker, ‘Underwater,’ which premiered on New Noise Magazine. The track is also available to stream on Spotify, courtesy of Pure Noise Records.

While discussing the launch of his new musical pursuit, Bolles revealed that “I’m starting Gardenhead because I needed a fresh start. I haven’t released music in a while; I’ve been focusing on a lot of other facets of my life. But when I started writing again, I’d been listening to a much wider range of artists, and began experimenting with different sounds. Luckily I’ve made a lot of friends through the music scene the past few years, and I wanted a better way to get them involved in the music I’m making. The product of that is Gardenhead. I hope the narratives in these new songs have a more mature perspective than what I was writing before. I hope people hear something that feels refreshed and new, and while not always happy, at least comforting in some way.”

After launching his career in 2013, Bolles released the 2014 EP, ‘Freshman,’ which he wrote while pursuing a degree in Physics in New York City. He built such a dedicated fanbase that he distributed another EP, ‘Manhattan,’ last year. Since he began writing and singing songs, the musician has drawn influence from such rock bands as Say Anything, The Front Bottoms and Bright Eyes.

Bolles will tour as Gardenhead throughout America for the rest of August. His upcoming shows include: