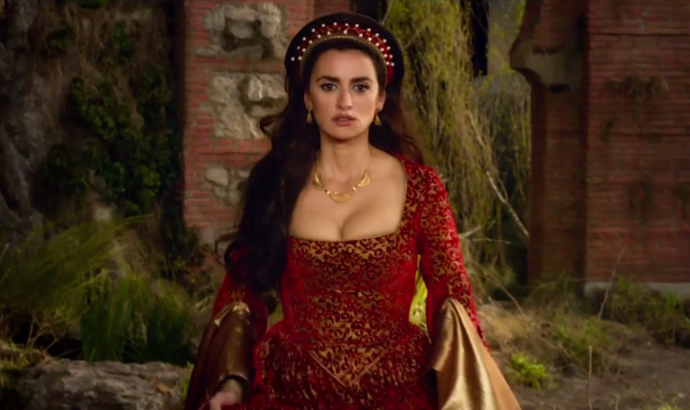 Title: The Queen of Spain

Openly sharing their opinions without fearing the repercussions is a powerful stance for anyone to take. But utilizing that freedom can lead to even bigger repercussions for anyone whose livelihood is readily accessible to the public. In writer-director Fernando Trueba‘s new comedy-drama, ‘The Queen of Spain,’ which is set to start its American theatrical release tomorrow, the filmmaker crafted captivating characters who aren’t afraid to pursue their desires, despite the still tense political climate they’re living in. The movie showcases how, despite the pressure that the Spanish government faced during the 1950s while trying to assimilate with other powerful international leaders, its citizens were willing to do whatever it took to have their voices heard.

‘The Queen of Spain,’ which is the sequel to the filmmaker’s 1998 drama, ‘The Girl of Your Dreams,’ is set in Spain in 1956, as the international Franco blockade officially ends. With the Spanish Civil War and World War II now over, American film production companies are finally arriving in a country that’s still in a dark post-war period. Eager to make a film, down-on-his-luck producer Sam Spiegelman (Arturo Ripstein) is given a grant to do so by the Spanish government, on the condition that the story is centered around Queen Isabella, who was known as the Catholic Queen.

So Sam’s American troupe, including Communist screenwriter, Jordan Berman (Mandy Patinkin); Hollywood leading man, Gary Jones (Cary Elwes); director John Scott (Clive Revill), a living legend in American film; and Macarena Granada (Penélope Cruz), an internationally acclaimed and award-winning actress, travel to Spain shoot the film. After he learns that Macarena has returned to Spain, Blas Fontiveros (Antonio Resines), who directed her 18 years prior in ‘The Girl of Your Dreams,’ can’t resist returning to the country, as well. Blas is willing to leave his now anonymous life in France to reunite with the woman he not only made into a star, but was also briefly married to, almost two decades ago.

As production of the film begins, Jordan unexpectedly finds himself in the director’s chair when John, who’s the official director on the project, is in a constant state of intoxication. Meanwhile, Macarena forms an instant romantic love affair with the movie’s head grip, Leo (Chino Darín), which she fears may cause a scandal if the public learns about it. Adding further complications to the film is the fact that production comes to an unexpected stop after Blas is wrongfully arrested. After managing to rally the entire cast and crew, Macarena and her friends devise an ingenious plan to rescue her former husband, which helps unite the colleagues during a time of conflict and despair.

Much like he had done with ‘The Girl of Your Dreams,’ Trueba once again effortlessly crafted a gripping comedy-drama with ‘The Queen of Spain’ that explores the diverse and realisitic emotions and passions of its fully defined characters through humor. While the new follow-up is set against a true historical backdrop, and chronicles one of the most harrowing eras in Spain’s past, its plot isn’t afraid to make viewers laugh at the antics taken by such distinct characters as Gary, John and most importantly, Macarena.

The cast and crew, who are led by the fearless actress, who isn’t afraid to defend her beliefs and stand up for what she feels is right, have come to embrace the stark realities that are engulfing Spain. They have become so confident and comfortable in their beliefs that they approach every situation, no matter how serious it is, with whimsical ideals and a desire to incite change.

Much like some of his biggest influences in the filmmaking community, including Mario Monicelli, Dino Risi and Federico Fellini, further evoked sympathy for his characters by highlighting their humanity and frailty. The filmmaker used Spain’s determination to reemerge as a powerful European country, after the conflict it endured during the 1930s and ’40s, to maintain the characters’ full dimensions as relatable and complex people.

Trueba, who had many of the actors from the original film reprise their roles in the sequel, was once again able to illicit striking and realistic performances from his cast. Cruz, who was nominated for Best Actress for her performance as Macarena at this past February’s Goya Awards in Madrid, stunningly brought the protagonist back to life in ‘The Queen of Spain.’ The Academy Award-winning actress fearlessly captured her protagonist’s drive to protect the people she cares for, no matter what personal consequences she may face as a result. The performer helped elicit feelings of having the courage to do the morally right thing amongst her character’s colleagues in the follow-up, which isn’t afraid to question and push the typical societal norms and boundaries of the era.

With ‘The Queen of Spain,’ Trueba once again effortlessly crafted another gripping comedy-drama that explores the relatable sentiments of its fully developed characters through humor. By highlighting the characters’ continued humanity and frailty, especially in both both humorous and heartfelt situations that are in part influenced by Spain’s politically changing landscape, the comedy-drama offers a thought-provoking glimpse into the seemingly privileged world of filmmaking.

Cancel reply
The Beatles Tour America in It Was Fifty Years Ago Today! Sgt Pepper and Beyond Exclusive Clip
Close Encounters of the Third Kind Gets A New Movie Poster For Its 40th Anniversary
To Top