People who need help with matters that can’t be explained seek advice from brilliant parapsychologist, Dr. Elise Rainier. The doctor is now able to admit that strange presences can be terrifying, as she’s finally ready to face her most frightening and personal haunting yet, which is plaguing her own family home. Elise’s revelations are being shared in the newly released trailer for the upcoming fourth installment of the acclaimed ‘Insidious‘ franchise, which has also received a new subtitle.

The supernatural thriller, which was initially being referred to as ‘Insidious: Chapter 4,’ is now officially called ‘Insidious: The Last Key,’ its distributor, Universal Pictures, and production company, Blumhouse, have revealed. The companies have also offered the first glimpse into the anticipated movie, which is set to be released in theaters on January 5, 2018.

The next entry in the ‘Insidious‘ series, which serves as the second prequel after 2015’s ‘Insidious: Chapter 3,’ was written by one of the franchise’s co-creators, Leigh Whannell. The filmmaker‘s script for the latest installment comes after he wrote the initial trilogy, and made his feature film directorial debut on its predecessor. He also served as an executive producer on the third ‘Insidious’ follow-up.

‘Insidious: The Last Key’ is being produced by such series regulars as Jason Blum, Oren Peli and Whannell’s co-creator, James Wan, who also helmed the first two entries in the franchise. Series newcomer Adam Robitel, who’s known for making his feature film directorial debut on the 2014 horror thriller, ‘The Taking of Deborah Logan,’ helmed the upcoming ‘Insidious’ installment. 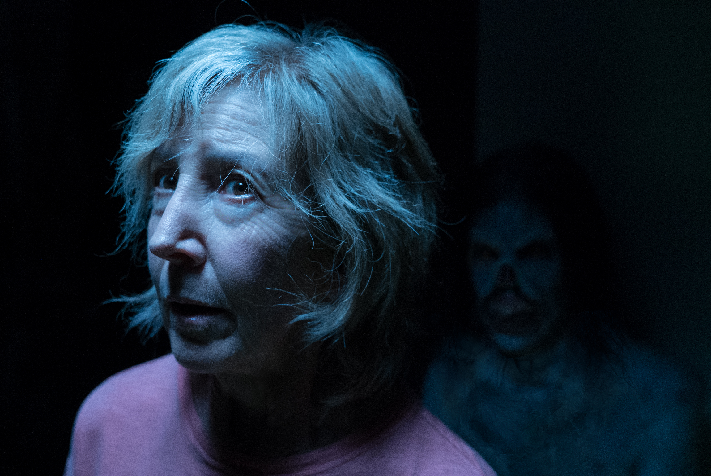