Ex-convict Grant Zimmerman and pals have been trumping up false allegations and launching garbage lawsuits.

Have you ever lied to a boss who give you a second, and a third chance, and entrusted you with a career-making project? Can you imagine having the audacity to markup your expenses on that project by a factor of ten and pocket the difference? That’s what Grant Zimmerman did to Hologram USA CEO Alki David after David rolled the dice again on the three time loser and wannabe gangster. 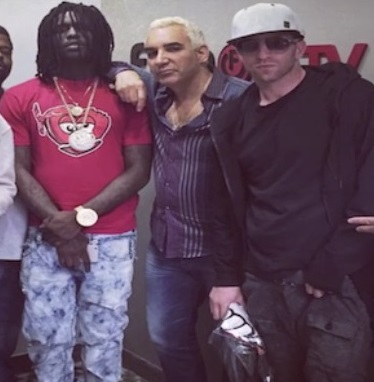 In a suit, following criminal charges filed in Beverly Hills, Hologram USA shows how Zimmerman and a partner paid $750 a month to store some equipment for a new hologram theater, and turned around and charged the company 7500 every month for 7 months. The sad part is Zimmerman had been the beneficiary of David’s generosity for years–even getting hired back after being dismissed for repeated problems with firearms and violent behavior that cost the company lucrative business (including getting a concert at the Palladium in Hollywood cancelled) and harmed relationships with major hip hop stars such as Chief Keef and battle rapper Dizaster.

Zimmerman is not alone. He has colluded with other ex-employees to rehash salacious allegations that have been put to rest in the past–and supported their nuisance suits. His own suit asking for $1 million over phony claims of back pay owed repeated rumors from gossip websites about David and personal life in a bid to further slander David.

Two more fabricated suits involve ex-employees Chasity Jones and Elizabeth Taylor both repped by Lisa Bloom, daughter of Gloria Allred. Taylor is known for having attempted to extort money from her previous employer WME over similar fabricated charges. Jones swore under oath that David did not harass Taylor–but now, under the influence of this unsavory gang, has thrown her own fake suit into the mix.

“It’s typical for billionaires to be the target of all manner of scams,” said David’s attorney Barry Rothman. “What’s different here is that Alki was very generous with all of the parties–he gave Jones extra time off when her mother was battling cancer, and especially in Zimmerman’s case, he took a hard luck kid and tried to make something of him.”

“Alki David’s conduct in the workplace should never have been the subject of litigation,” Rothman continued. “Nobody was compelled to do anything against their will and nobody was harmed or damaged except Alki David, who now has to endure the betrayal and greed of people he trusted, helped in their time of need, and trusted like his family.”