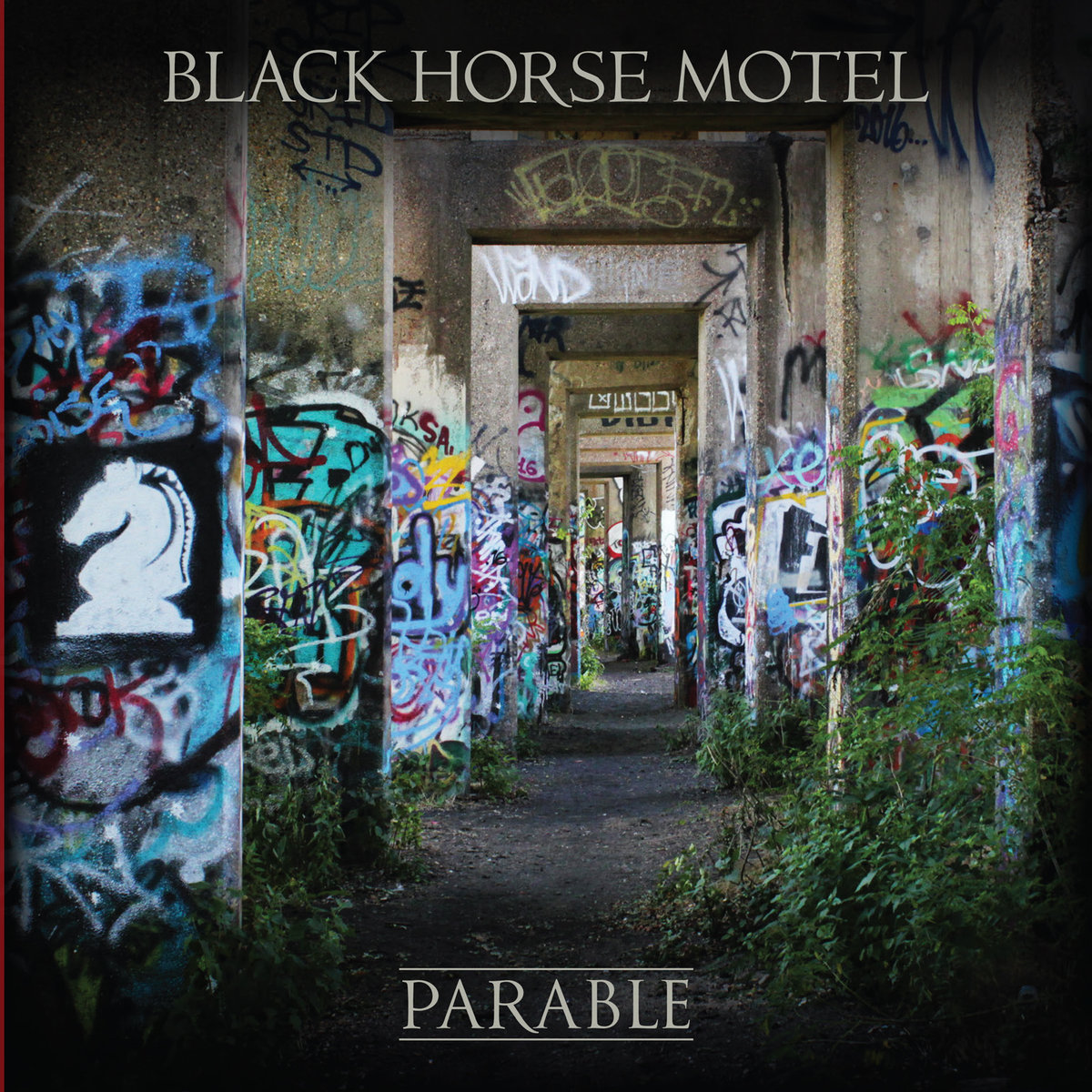 Crafting a distinct, rhythm-driven sound that perfectly captures the emotional struggle that many people contend with as they strive to find happiness isn’t always an easy process for musicians. But the Philadelphia-based music group, Black Horse Motel, effortlessly composed a tantalizing new EP, titled ‘Parable,’ that grippingly does just that. The rock and folk-inspired album, which was released earlier this year, reflects the passionate influences that have inspired the band’s members throughout their lives, particularly their relationships.

Black Horse Motel’s new five-track record begins with the country-inspired entry, ‘Run, Rabbit, Run,’ which intriguingly mixes the banjo and fiddle with the bass and drum. The fast-paced song, which thrives on its mixture of diverse styles, chronicles the experience of growing up in a family of farmers, and lead vocalist Galen Fitzpatrick passionately sings about the desire to break free from that family legacy. Between the singer’s emotional vocals and intense instrumentals, the group powerfully emphasizes how it’s determined to find happiness, and form their own experiences, on their own terms.

The initial tune on ‘Parable’ than transitions into the folk-inspired entry, ‘Bones.’ Black Horse Motel completely changes its tone on the second song on their latest EP. While ‘Bones’ thrives on its leisurely tempo, which is slower than it predecessor, the lyrics stunningly delve into darker content, which grapples with a traumatic upbringing. Through mesmerizing and harmonized vocals, Fitzpatrick triumphantly croons about surviving a troubled childhood. With its soulful country-inspired vocals and string instrumentals, the track not only reflects on a family’s dark past, but also challenges how people will deal with family dynamics in the future.

The next entry on ‘Parable’ is the Bluegrass-inspired ‘Where the Money Comes From,’ during which the Black Horse Motel members once again triumphantly proves their versatility and eclectic sound. The Bluegrass and Gospel-inspired song transitions from its predecessors’ electric sounds to an all-acoustic vibe. With its guitar and fiddle as a secure backdrop, the band sings about needing some financial help, no matter where it comes from. The intriguing mixture of the harmonizing duet between Fitzpatrick and the group’s backup singer, Megan Manning, and further help from such instruments as the drums, cello and violin, makes the tune memorable, socially relevant and relatable. While ‘Where the Money Comes From’ is shorter in running time than the first two tracks on the album, its social relevance leads a more lasting and memorable impact on listeners.

Black Horse Motel’s latest record then delves into its most memorable and commercial song, ‘Take It Back.’ The song delves back into the group’s folk roots, and its piano and fiddle, which are highlighted in the forefront, creates a distinct melody. Also interestingly infused with a country twang, the reflective track’s lyrics delves into the potential benefits of covering the painful parts of the past. The equally soulful and heartfelt piano and strings help emphasize Fitzpatrick’s claim that he would never take back his past actions, as they helped shape who he is today.

The last endearing tune that Black Horse Motel offers on ‘Parable’ is ‘Dear Mama,’ which features an intriguing mix of Gospel, folk, country and rock influences. Aided by powerful strings, the lyrics evoke heartbreak, as Fitzpatrick sings about the adverse effects that a mother leaving her family has on her children. The vocalist also reflects on how the pain the children endured from losing their mother affected them all the way into adulthood, as they have never gotten over her betrayal.

Crafting an extraordinary, rhythm-driven sound that perfectly captures the emotional struggle that many people contend with as they strive to find happiness isn’t always an easy process for musicians. But Black Horse Motel’s alluring new EP, ‘Parable,’ grippingly does just that. The rock and folk-inspired album reflects the passionate influences that have inspired the band’s members throughout their lives, particularly their relationships.