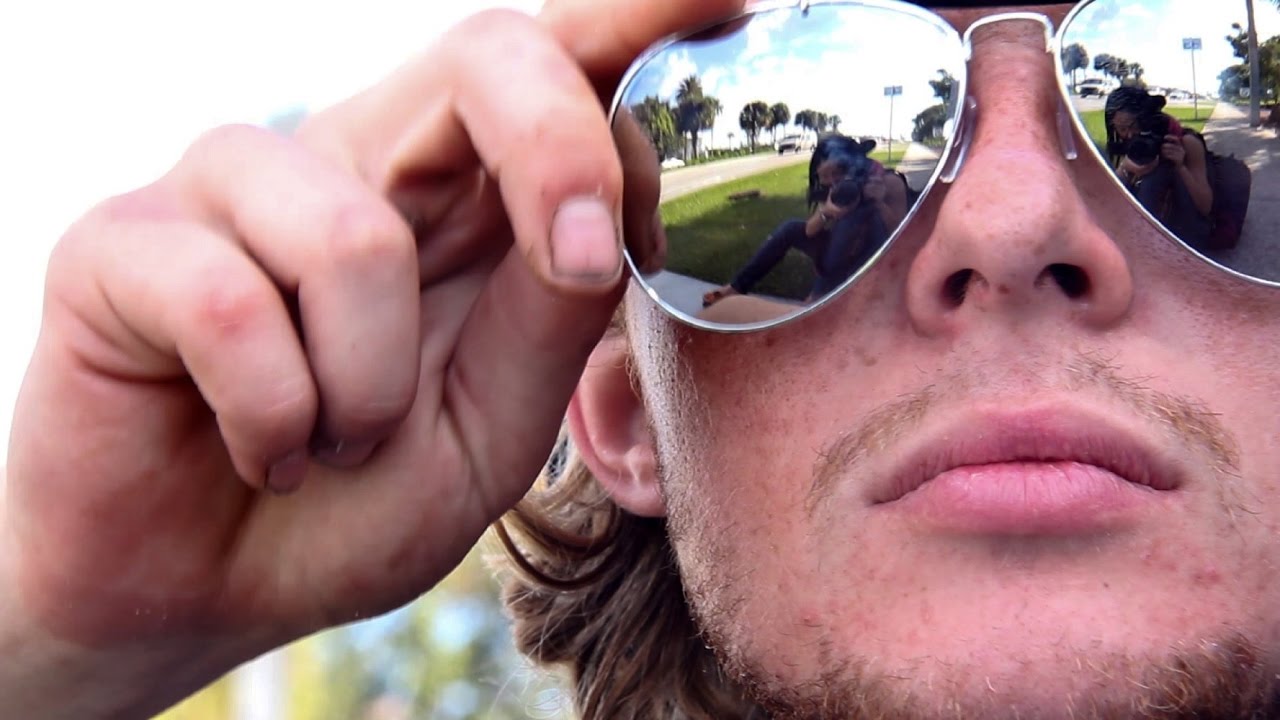 Photo from the film I Am Another You.

When they see a homeless man lying in the street, the first thing some people want to say to him is “Get a job!” A cartoon in the New Yorker magazine shows a middle-class couple gazing at such a man, the woman saying to her friend, “Why doesn’t he at least take up an instrument?” People have all sorts of opinions when passing by those without homes, people bearing simple cardboard signs, sometimes even with a protective pit bull lying beside. Truth is, not only people who live on the street and get their meals by dumpster diving are the same. Would you believe that some actually choose to leave their nice, bourgeois homes, even folks who may like their families, but who would rather see what the country is like? These are people who do not haunt the same stairways, the same park benches, the same winter shelters inside train stations. One such person is Dylan.

Dylan is not what he seems to Nanfu Wang, who immigrated to New York from China, ambitious to make documentary films. When she ran into Dylan Olsen, she learns, but is skeptical, that the young man considers himself a citizen of the world. He tells her that he chooses to be free, and the only way for him to escape the shackles of a bourgeois existence is to put a large camping pack on his back—no shopping carts laden with clothing—and to appear to others like a college student exploring the country. Wang is fascinated by the idea and wants to learn more. She also wants to contribute a fleshed out look at the young man and of course to add a doc to her résumé. She finds out more than she expected shortly after meeting the man’s father,who tells all about his son, both the flaws and the joys.

While Wang adopts the appearance of a homeless person herself, she travels with Dylan, always wondering who this person really is, whether he’s telling the truth, and whether he may even be emotionally unstable—at worst schizophrenic. She finds out that Dylan and his family are Utah Mormons, politically and socially conservative, that the 22-year-old was a polar opposite from his brother, an accomplished pianist who is to demonstrate his skill on the keys. Is Dylan a modern-day Jack Kerouac, a beatnik who believes you cannot be free if rooted to a specific point? Was Dylan born too late, missing out on the glories of hippiedom, the youthful style of the late sixties and early seventies? Is he bucking for sainthood?

There’s a little of everything here, as Wang not only directs but mans the camera and uses Nathan Halpern and Chris Ruggiero’s original music to add further drama to what must have originally been hundreds of hours of film stock. Are there no untoward events in the relationship? After all, who can be with another person day and night, especially while traveling, and not feel close to breaking down oneself? The big schism arrived when the film’s subject was generously supplied by a shopkeeper with a free bag of bagels, but Dylan wants to beg. He doesn’t want anything given to gratuitously, so he throws the bagels out. That’s when she breaks away from him.

But wait! She meets Dylan’s dad, a down-to-earth Mormon who works in the police department sex crimes unit, who testifies that his son has been a handful, while Dylan’s brother, by contrast, is salt-of-the-earth and accomplished on the keyboard. Then the mystery unravels. Dylan had been on psychiatric medication, but instead of taking it—which could have resulted in his staying at home—he had sold the meds and instead uses alcohol as his drug of choice. Yes he is experiencing more freedom combined with his ability to start conversations with others, enough to get invited to their homes. But he is not a well person. Yet, except for the times that the doc uses sound effects to give us in the audience a club to what schizophrenia can do to a person, he comes across like a youthful, energetic, handsome specimen who, having experienced what he wanted to do may become as bourgeois as the rest of the family.

For her part, Nanfu Wang is well on the road to documentary glory, having contributed last year’s “Hooligan Sparrow,” about a fellow who went to China’s Hainan Province to seek justice for six kids who had been abused by their principal, the justice-seeker harassed unmercifully by the government.