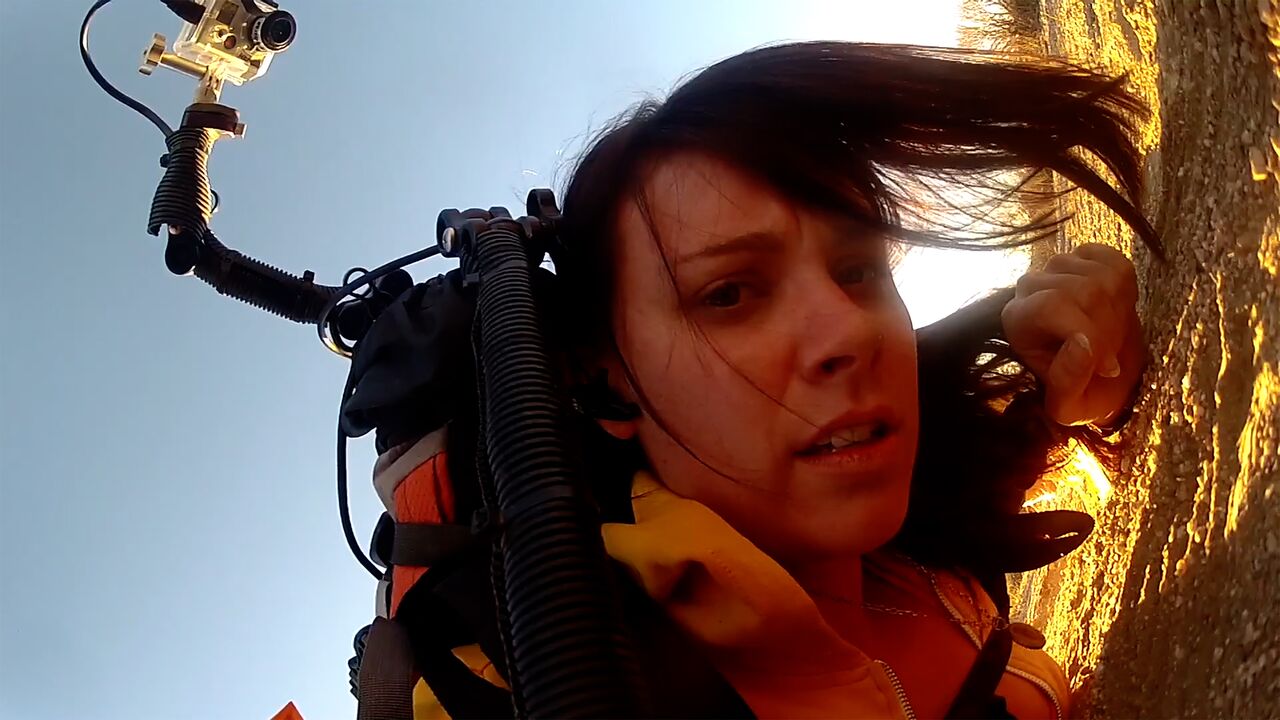 The drive to embark on a courageous journey to find answers to a perplexing mystery is a powerful characteristic that often runs in families. That compelling initiative is certainly present in the sibling protagonists of the new horror film, ‘Aliens: Zone of Silence,’ which is being released On Demand and on DVD and Blu-ray worldwide today by Gravitas Ventures. In honor of the home distribution, Shockya is premiering an exclusive clip from the drama, which is titled ‘Desert Encounter.’

‘Aliens: Zone of Silence’ follows Morgan (Hester) as she goes on a daring search for answers after her brother, Hal (Gesswein), vanishes from the Mexican desert. But when she discovers an extraterrestrial presence, she must risk her life to expose the desert’s otherworldly secret.

Morgan’s search for her brother comes after the U.S. military launched a test missile, which contained radioactive elements, from Green River, Utah toward White Sands Missile Range in 1970. But they lost control of the missile, and it fell in the Mapimí Desert region. Ever since, there have been rumors of magnetic anomalies that prevent radio transmissions, local plant and wildlife mutations, and extraterrestrial activity.

The sci-fi movie marks the feature film writing and directorial debuts of renowned visual effects producer, Andy Fowler. The helmer was previously the Vice President of Visual Effects and Production at the Walt Disney Company, and has also worked as a VFX producer on such blockbusters as ‘The Hitchhiker’s Guide to the Galaxy,’ ‘300,’ ‘TRON: Legacy,’ ‘Noah’ and ‘San Andreas.’ He is currently the Director of Visual Effects at Netflix.

Fowler also served as a producer on ‘Aliens: Zone of Silence,’ along with Jorge García Castro, Marcos Cline-Márquez and Diego del Río Toca. The team brought their visual effects experience to the forefront, by utilizing veteran VFX companies One Of Us and Atomic Arts.