Sometimes it takes facing mounting pressures and conflicts for people to realize that they need to reexamine their life’s purpose. That’s certainly the case for Freddie Highmore‘s protagonist in the upcoming coming-of-age movie, ‘Almost Friends.’ Gravitas Ventures has acquired the U.S. and Canadian rights to the romantic comedy-drama. After announcing that it’s set to release the film day-and-date on November 17, the distributor has also unveiled the first official trailer for the movie.

Charlie’s life takes an unpredictable turn, however, when he finds himself falling for local barista, Amber (Odeya Rush). The problem is that Amber has her own distractions, including her mooching roommate, Jack (Jake Abel), a track star boyfriend, Jack (Taylor John Smith), and steadfast plans to move to New York City. On top of that, Charlie’s estranged father, Howard (Christopher Meloni), unexpectedly re-enters his life, just as he begins to take a long, hard look at where he’s going, and who he wants to be. With conflict after conflict piling on, will Charlie reach his tipping point, or will he finally find the path forward?

“This movie was a true labor of love for all involved, and we are psyched to be put it out into the world,” added Goldberger.

Alex A. Ginzburg (‘Ordinary World’), Tony Lee (‘Hardcore Henry‘) and Jim Young (‘Lovelace‘) are the producers of ‘Almost Friends’ (which was formerly titled ‘Holding Patterns’). The acquisition deal was negotiated by Josh Spector, on behalf of Gravitas Ventures, and Daniel Brandt and Jack Sheehan of Lotus Entertainment, on behalf of the filmmakers. 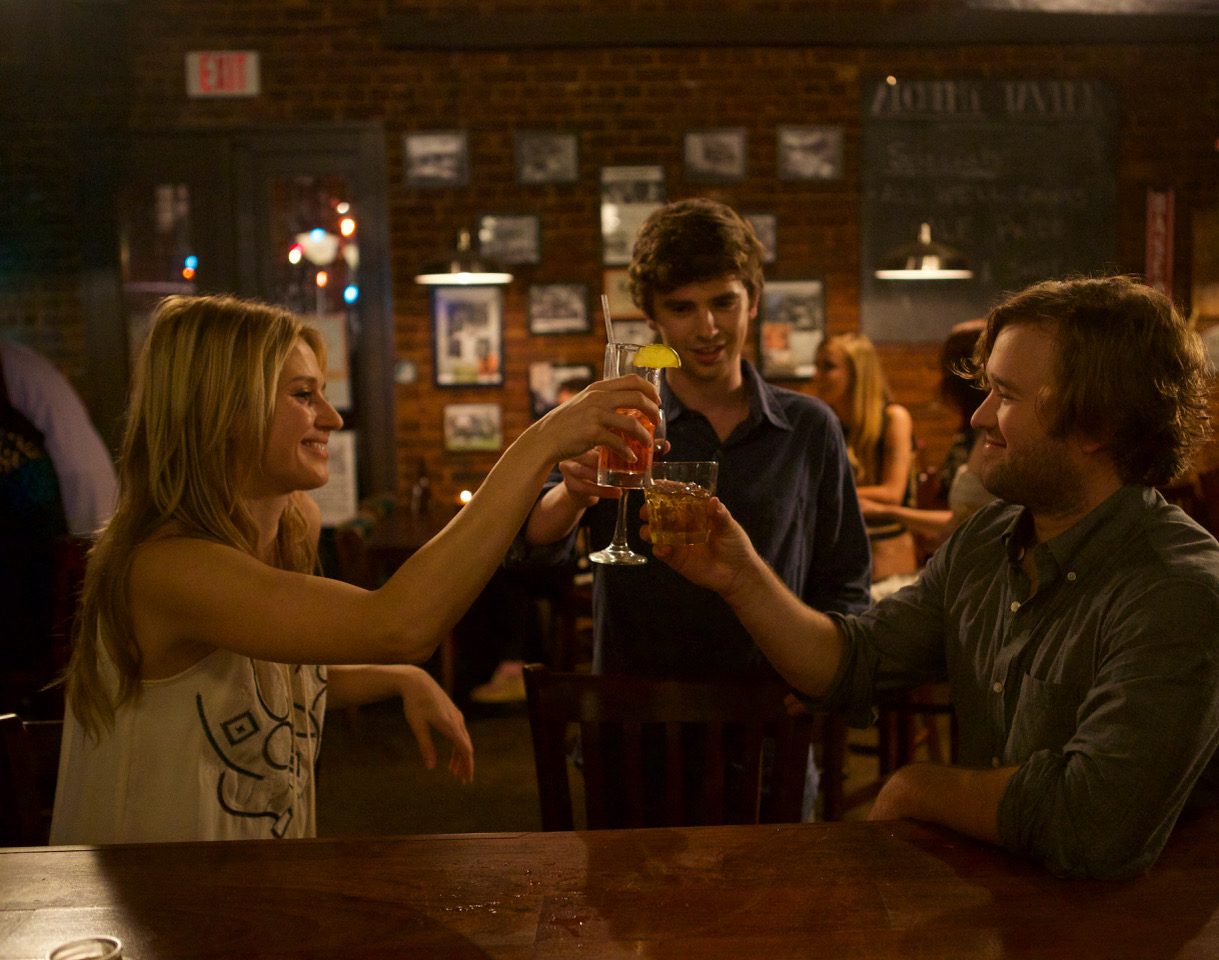