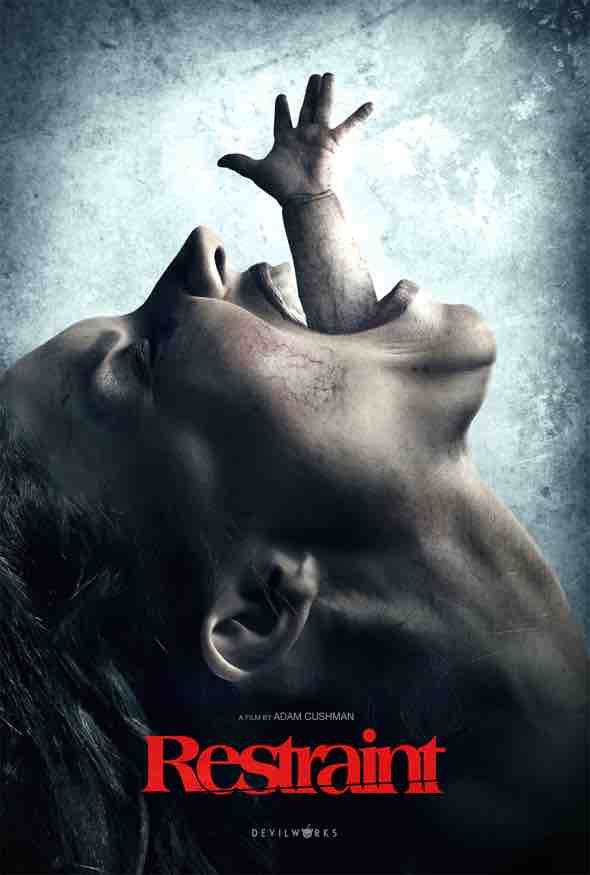 Submerging their true impulses can surely lead anyone to eventually become unhinged. That’s certainly true for actress Caitlyn Folley’s troubled character in the upcoming horror film, ‘Restraint,’ which is set to be shopped at next month’s American Film Market (AFM). In honor of the drama being exhibited and presented to potential distributors by Devilworks in Office #736 beginning on November 1 at the Santa Monica-based film industry event, the company has released the first trailer for the movie.

In addition to Folley, ‘Restraint’ also stars Dana Ashbrook, John Hensley and Geoffrey Rivas. The psychological thriller was written and directed by Adam Cushman, and produced by Amelia Yokel and Jake Borowski.

‘Restraint’ follows a disturbed young woman, Angela (Folley), who marries a controlling older man, Jeff (Ashbrook), and relocates to his suburban home. Angela then plunges into a darkness when she becomes unexpectedly pregnant, which results in her transforming into a threat to not only herself, but also her family.

The horror thriller was named Best Feature at the Rhode Island Film Festival, who hosted the movie’s world premiere, and Best Director at the Downtown LA Festival. ‘Restraint’ also screened at the Buffalo International Film Festival.

Devilworks has released the first trailer for writer-director Adam Cushman's horror-thriller, 'Restraint,' which stars Caitlyn Folley and Dana Ashbrook, before it's presented at AFM.