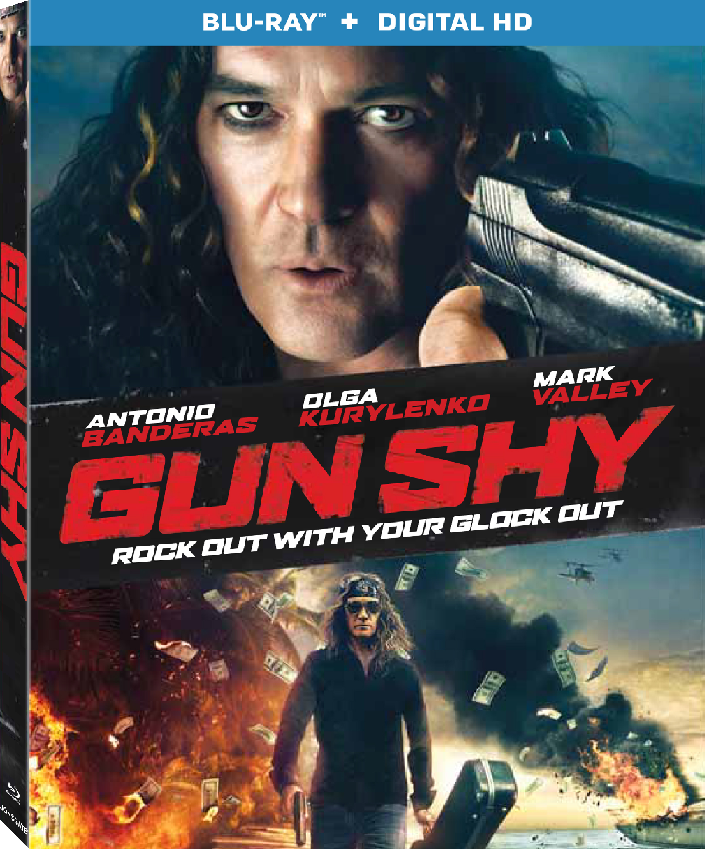 Rock stars often rely on their social skills to lure the public’s attention and appreciation to their work and actions. But an aging musician, who’s busy contending with how to adapt to being past his prime in a world that’s obsessed with talent, must learn how to use his finesse to save his kidnapped wife, in the adventure comedy, ‘Gun Shy.’

In honor of the film rocking out on Blu-ray (plus Digital HD), DVD and Digital HD tomorrow, courtesy of Lionsgate Home Entertainment, Shockya is exclusively premiering an exclusive special features clip from the movie, which is titled ‘Music Montage.’ The action comedy’s Blu-ray and DVD have an SRP of $21.99 and $19.98, respectively. The discs for the film, which is currently available On Demand, includes the bonus featurette, ‘The Rock Star, the Pirate and the Cast of Gun Shy.’

The movie was directed by Simon West, and stars Antonio Banderas, Mark Valley and Olga Kurylenko. ‘Gun Shy’ was written by Toby Davies and Mark Haskell Smith, whose novel, ‘Salty,’ inspired the script.

‘Gun Shy’ follows Turk Henry (Banderas), a spoiled and aging rock star, as his supermodel wife is suddenly kidnapped by renegades while they’re on vacation in Chile. With very few skills beyond playing bass and partying, he must pull himself together and take to the backstreets of Santiago, in order to save his wife from her hostile captors.