The creative process can be an equally defining and heartbreaking process for many artists, as the experience can can feed into both their innovations and insecurities. That’s certainly the case for the ingenious creators in the upcoming biopic, ‘The Dancer,’ which is set to be released in American theaters on December 1 by Pacific Northwest Pictures.

The historical drama stars Soko as competitive dancer, who sees the personification of the more beautiful and gifted artist in Lily-Rose Depp‘s character that she wanted to see in herself. ‘The Dancer’ offers a glimpse into the remarkable life of Loïe Fuller, an American who became a sensation in Europe in the early 20th century. But she was soon swept aside when Isadora Duncan, who possessed a greater talent, emerged on the scene.

In her feature film debut, director Stéphanie Di Giusto explores how Fuller (Soko) escaped the Midwest to transform herself, first by pursuing acting. But she then developed into a celebrated avant-garde dancer in New York, and eventually made her way to the prestigious Paris Opera. Fuller’s influential Serpentine dance routine cemented her legend, but soon she faced stiff competition from a rising star named Isadora Duncan (Depp).

In addition to Soko and Depp, ‘The Dancer’ also stars Gaspard Ulliel, Mélanie Thierry and François Damiens. Besides helming the biopic, Di Giusto also co-wrote the script with Sarah Thibau and Thomas Bidegain. The French movie is a César Award-winner for Best Costume Design, and was also an Official Selection at the Cannes’ Un Certain Regard, Busan International Film Festival, Palm Springs International Film Festival and Miami Film Festival. 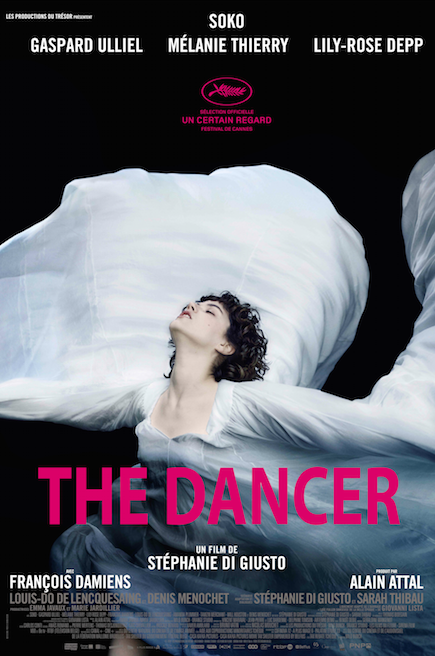