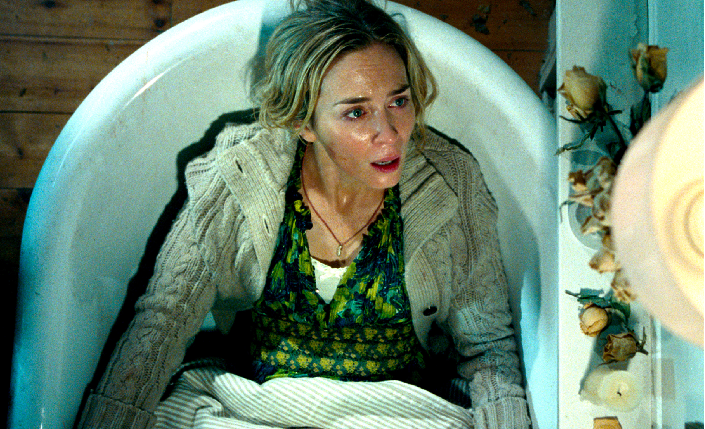 Emily Blunt is trying to contain her horror as she learns that the mysterious being can’t hurt her if they can’t hear her. That all-to-important lesson is being taught in the newly released official teaser trailer and first-look image from her upcoming thriller, ‘A Quiet Place.’

In the trailer for the drama, Blunt‘s character and her family have realized that they must remain completely silent in their home in the woods. If they make any sounds, the mysterious force will come for them. The family lives in peace, until one of the children accidentally knocks over a lamp, and the force finally decides to pursue them.

‘Q Quite Place’ was directed by the Golden Globe Award-winning actress’ husband, John Krasinski. The Emmy Award-nominated actor also co-wrote the script with Scott Beck and Bryan Woods. The co-scribe and helmer also appeared on screen, alongside Blunt, Noah Jupe and Millicent Simmonds.

Paramount Pictures is set to release the horror film in theaters on April 6, 2018. For more information on ‘Q Quite Place,’ visit its Facebook, Twitter and Instagram pages.