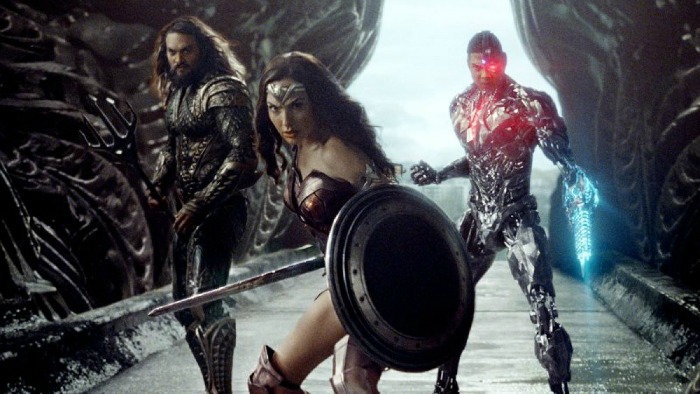 Since 2013, Warner Bros. and DC Entertainment has been trying to build their own superhero cinematic universe with the release of “Man of Steel.” With a number of false starts like “Batman v Superman: Dawn of Justice” and “Suicide Squad,” DC finally gave audiences something to really root for with the release of “Wonder Woman” back in June 2017. It was the beginning of a confident and entertaining universe and hopes were high that “Justice League” would garner the same kind of enthusiasm.

However, with production problems and the exit of the film’s director Zack Snyder (due to a tragic loss in his family), Marvel’s “The Avengers” director Joss Whedon came in during the 11th Hour to oversee the rest of production and editing. Unfortunately, the end result could’ve used more time in the kitchen.

“Justice League” follows DC’s superhero team joining forces to defeat the evil Steppenwolf, who wants to destroy the world with the help of three Mother Boxes, a cube that’s the source of power of Earth. All three are scattered around the world, but Batman, Wonder Woman, The Flash, Aquaman, and Cyborg have to assemble a team to stop the ultimate evil from taking over the world. They also have to resurrect Superman to help them with their cause. Can our heroes save the day and protect humanity in under a two hour running time? Of course they can.

The superhero movie suffers from too many ideas and unfinished storylines intersecting into one movie. While there were two directors on the project, it seems there were too many cooks and the best they could do is deliver a batch of nonsense wrapped in bright color-graded cinema. From The Flash to Cyborg to Aquaman, “Justice League” is a hot mess of superhero cliches that were done better in “The Avengers,” “Guardians of the Galaxy,” and “X-Men: Days of Future Past,” but without the cynical moves made in modern superhero movies from DC Entertainment.

It results in a somewhat bland pseudo-crowd pleasing blockbuster. The film works in a “just don’t think about it” kind of way like the majority of bad “Transformers” movies, but the moment you think about it, the movie falls apart. Hell, if you think about the last movie featuring most of these characters, “Batman v Superman: Dawn of Justice,” it doesn’t make sense. Why does the world suddenly love Superman? Didn’t most of the world hate and fear the Man of Steel? Why is Batman so keen on resurrecting Superman? Didn’t the Dark Knight have a vision of a dystopian future with an evil Superman? Couldn’t bringing him back to life fulfil this prophecy?

Overall, “Justice League” is enjoyable if you turn off your brain and stop thinking about how each scene builds off the last. But once you start thinking about how these scenes connect to each other (ya know, like watching a movie), then the whole thing crumbles right before your eyes.