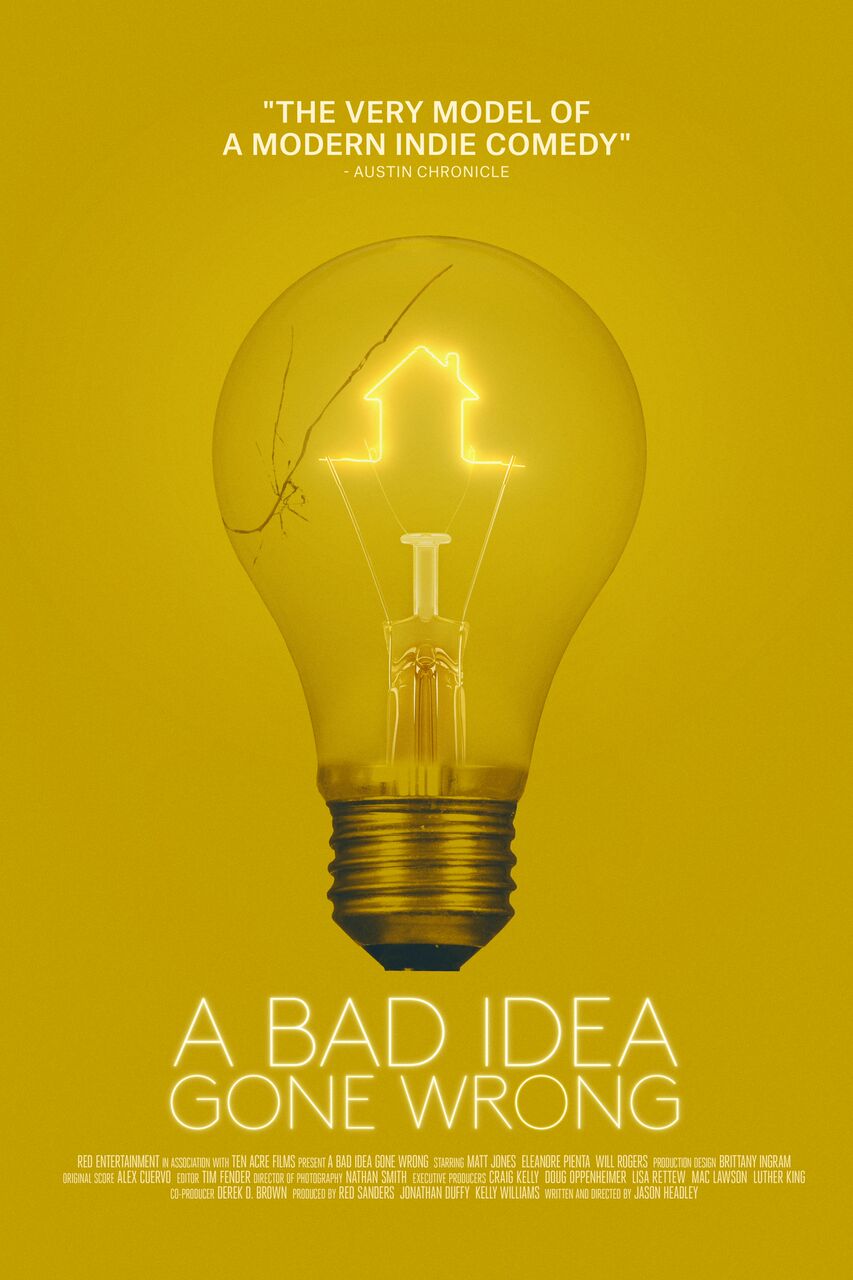 Double crosses and wild discoveries are making a robbery escape equally difficult and witty in the upcoming release of the comedy, ‘A Bad Idea Gone Wrong.’ Freestyle Digital Media announced today that it has acquired the North American rights to the movie. The deal was negotiated by Rachel Koehler, the Director of Acquisitions, on behalf of Freestyle, and Kevin Iwashina of Preferred Content, on behalf of the filmmakers.

The digital film distribution division of Byron Allen’s Entertainment Studios is set to release the comedy theatrically on November 30 in over 10 markets nationwide, including Los Angeles, Chicago, Philadelphia, Houston and Phoenix. The comedy will also become available on VOD the following day, on December 1. In honor of ‘A Bad Idea Gone Wrong’s theatrical and VOD distribution, Freestyle has also unveiled a new trailer and poster for the movie.

The acquisition comes after ‘A Bad Idea Gone Wrong’ became a hit at various film festivals this year, including SXSW, where it won the Grand Jury Prize for Best Ensemble Cast. The comedy was also honored with the Grand Jury Prize for Best Feature at DeadCenter Film Festival in Oklahoma City, and actor Matt Jones was named Best Supporting Actor at Lost Weekend in Winchester, Virginia.

‘A Bad Idea Gone Wrong’ follows two would-be thieves who accidentally arm the alarm system, and have to break out, of the house they just broke into. The discovery of a house-sitter brings double crosses, sexual tensions and wild discoveries that make their escape more difficult.

Freestyle Digital Media has released a trailer for writer-director Jason Headley's comedy, 'A Bad Idea Gone Wrong,' which stars Matt Jones, after it announced that it acquired the North American distribution rights to the film.