No Stone Unturned Uncovers the Loughinisland Massacre in VOD Release

Oscar-winning director Alex Gibney once again used his powerful investigative skills in his newest documentary, ‘No Stone Unturned,’ in order to reveal why the Loughinisland Massacre was never properly investigated or solved. The filmmaker will reignite the cold case, which left a black mark on local and national British police and government, once again when the movie is released on VOD in North America on Monday by Kew Media Group.

The Loughinisland Massacre was first brought to the attention of the Americans public when it had its world premiere at the New York Film Festival in September. It was then received a limited theatrical release in November.

‘No Stone Unturned’ follows Ireland defeating Italy at the World Cup in New Jersey in 1994, and how the event remains a source of Irish pride. But it’s also haunted by memories of a massacre. On the evening of June 18, 1994, in a pub in the small village of Loughinisland in Northern Ireland, six men who were watching the World Cup game were shot and killed by two balaclava-wearing men, and five others were injured.

Remarkably, no one was ever charged for the crime. For more than twenty years the victims’ families have searched for answers. Now, at last, they have found them, but what they learn turns a murder mystery into a bigger inquiry that’s relevant for us all: what happens when governments cover up the truth?

While families were torn apart, no one has spent a single day in prison for the crime. But there was never any doubt about the motivations for the shootings. The Ulster Volunteer Force, which is the most powerful of the pro-British protestant militias and the foes of the Irish Republican Army, had waged a long and bloody sectarian battle against Catholic interests in Northern Ireland. But rural Loughinisland had been, for all intents and purposes, set apart from the brutal sectarian battle zones in Belfast, Derry and along the Border with the Irish Republic.

Through interviews with victims’ families, former terrorists, officers of the Royal Ulster Constabulary and other government officials, ‘No Stone Unturned’ sheds a public light on a story that some would prefer to remain buried. By connecting dots on official documents and navigating previously uncharted leaks of information, Gibney connects the dots between mass murder and official malfeasance, and also between memory and sanctioned amnesia.

“The cover up was staggering in terms of its breadth and audacity, especially given the kind of evidence that was at their disposal. With the documents we were able to go through, we made connections that were never able to be made before. Once that happened, we were able to dig a little deeper,” Gibney stated. 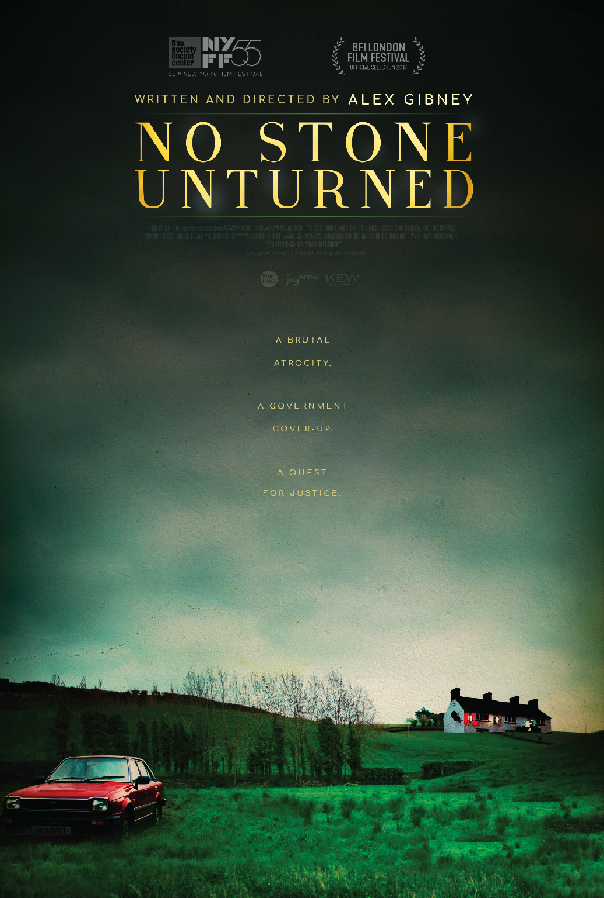