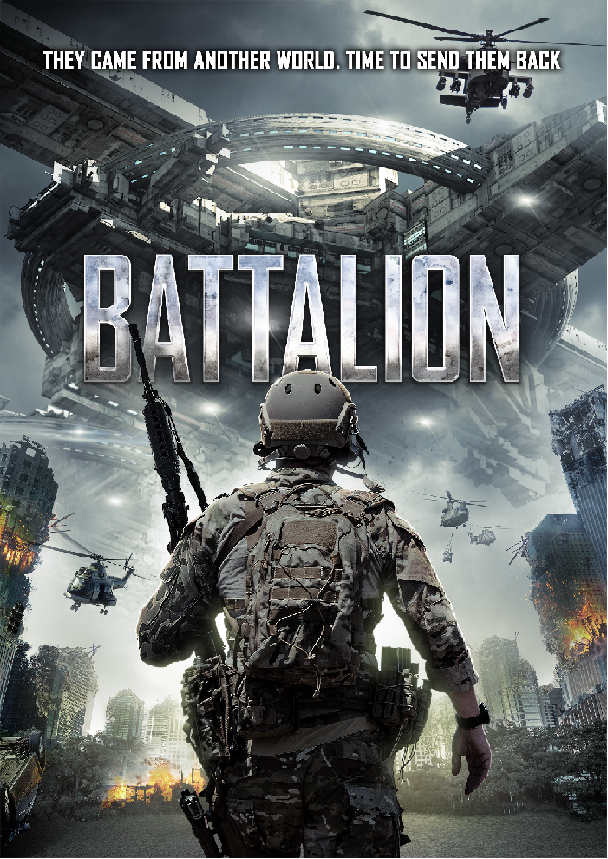 Fearlessly fighting back against enemy attacks, no matter how terrifying they seem to be, is one of the most important characteristics of any soldier. Actor Jesse Richardson is relying on that fortitude as he joins the fight against drones that are being used to cause a massive world war in the new sci-fi war movie, ‘Battalion.’ In honor of the drama’s recent U.S. release on VOD by High Octane Pictures, Shockya is premiering an exclusive clip from the film.

‘Battalion,’ which shot in Queensland, Australia, was written and directed by Michael Miller. In addition to Richardson, the movie also stars Ellen Williams (‘Wyrmwood: Road of the Dead’) and Michael Thomson (‘Harry Potter and the Half-Blood Prince’).

High Octane Pictures has released the following synopsis for ‘Battalion’:

When a devastating attack on Los Angeles by an army of machines from a parallel universe sparks a massive world war, Californian surfer John Blake (Richardson) joins up with the US Marines to head across the Pacific to join the fight against the machines.