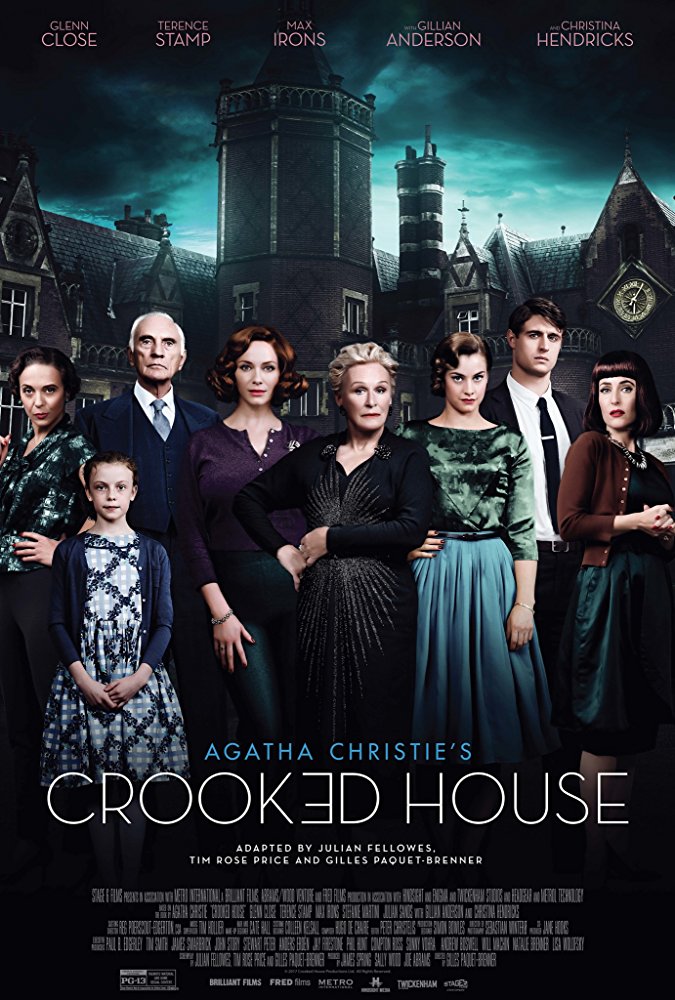 Rising hostility and animosity amongst grieving relatives, as well as in their interactions with the police, can easily hamper any family’s ability to heal in the aftermath of a painful death. That increasing resentment is featured in the new crime drama, ‘Crooked House,’ which is now available on Blu-ray and DVD.

In honor of the home release, Shockya is premiering an exclusive clip from the mystery movie, which is titled ‘Whodunnit Roger Leonides.’ In the clip, Christian McKay’s character, Roger Leonides, expresses remorse as he proclaims that all he’s ever done is let his recently deceased father down. He’s further saddened by the fact that his father always forgave him and bailed him out. When he’s then questioned by the police about his relationship with his father right before his death, Roger becomes agitated as he insists that they were still close.

‘Crooked House’ is based on Agatha Christie’s best-selling 1949 book of the same name. In addition to McKay, the British film features an ensemble cast, including Glenn Close, Terence Stamp, Max Irons, ??Stefanie Martini, Gillian Anderson and Christina Hendricks. The drama was directed by Gilles Paquet-Brenner, who also co-wrote the script with Julian Fellowes and Tim Rose Price.

The following synopsis has been released for ‘Crooked House’:

In Agatha Christie’s most twisted tale, the suspicious circumstances surrounding the death of a wealthy patriarch is investigated by spy-turned-private-detective, Charles Hayward (Irons). He’s lured by his former lover to catch her grandfather’s murderer before Scotland Yard exposes dark family secrets. On the sprawling estate, amidst a poisonous atmosphere of bitterness, resentment and jealousy in a truly crooked house, Hayward encounters three generations of the dynasty, including a theater actress, Magda (Anderson); the old man’s widow, who’s 50 years his junior, Brenda (Hendricks); and the family matriarch, Lady Edith de Haviland (Close).