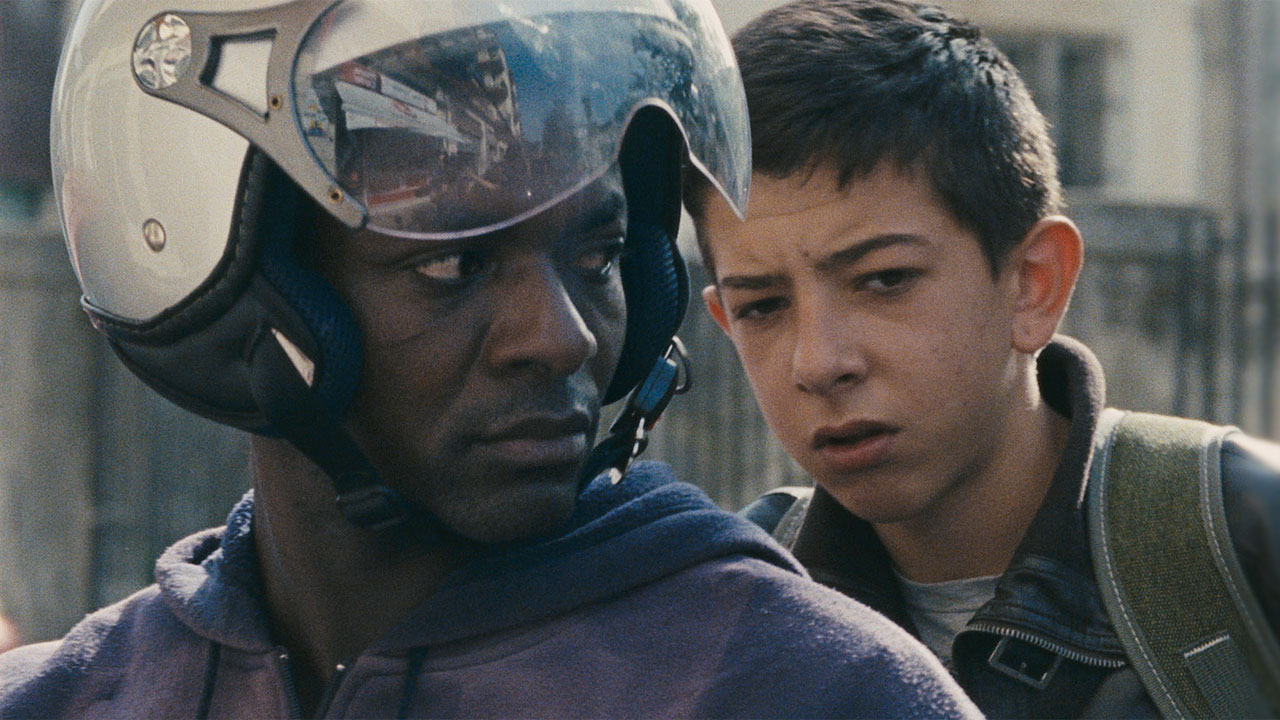 Photo from the film A Ciambra.

As a sequel to Jonas Carpignano’s 2015 “Mediterranea,” depicting two people making the dangerous trip from North Africa to southern Italy, “A Ciambra” has a new center in Pio Amato, fourteen years old when the film was made. What’s most interesting about the project is that the Romani performers are not only relatively untrained but act out events in their actual lives. Most use their real names as they move ahead in fits and starts. This is a relatively unstructured piece, perhaps with some improvisations, with the story’s picking up after the midsection. The most interesting segment finds the Amato family springing to attention as Pio Amato is caught stealing from a prominent Italian family, the patriarch having sworn that he would have killed the teenager had he not known the family.

The Romanis, the African refugees from Nigeria, Burkina Faso and Ghana, and the Italians live in proximity in a town in Calabria in southern Italy. The conditions are not exactly comparable to Trump Tower as the Africans appear to live in tents and the Romanis in a soulless white structure that looks like a project that could have come out of the Communist regime in the Soviet Union.

While low-level stealing is the only way that the Amatos make a living, the film is more about the coming of age rite of passage that could be similar in all countries. In some families, exceeding in studies might be the way; taking home all A’s on the report card wins the respect of fathers, mothers, sisters and brothers. Not so with Pio. He is uneducated, unlettered in fact, though he has survival skills that might be the envy of Harvard graduates. He has a loving mother, Iolanda (Iolanda Amato), grandfather who is on his last legs but has one moment of clarity, a girlfriend who states that she loves him, and most of all a big brother, Cosimo (Damiano Amato), a role model that Pio believes can be pleased only by the teenager’s prowess in stealing.

He learns how to steal cars by crossing wires, but his favorite trick is to steal luggage from trains just before departures. His friendship with Ayiva (Koudous Seihon), a refugee from Burkina Faso, provides some of the sentimental touches, particularly when Ayiva takes him in when Pio is thrown out of the house by his father after a prominent Italian from whom he stole chews out the family.

The story lacks tight structure, not surprising since writer-director Jonas Carpignano seems in thrall of Italian neo-realism. Tim Curtin’s lenses follow Pio throughout, providing a sense of the Romani culture; the togetherness, the raucous dinners, the teasing. Perhaps the most comical scene occurs when Pio’s brother Cosimo excludes young Pio from a robbery. Pio takes it upon himself to provide a diversion by stealing a police car whose motor is left running, driving it off, dumping it and throwing the keys far away.

Though many bigoted people consider all gypsies to be thieves, other films rhapsodize about this ethnic group, such as Tony Gatlif’s 1993 “Latcho Drom,” which follows Romani as they travel through the Middle East and Europe. By contrast Emir Kusturica’s 1988 “Time of the Gypsies” follows a young Romani with telekinetic powers who is seduced into the world of petty crime to the ruination of his family.

The two themes of “A Ciambra” are the loving family bonds that keep Romani families together, and the petty crime that provides the way for some to survive given their lack of education or a culture that would allow them to assimilate into the greater community. The film is invaluable as a snapshot of their lives, acted by Romani people who perform via incidents they actually experienced.