John Malcovich is seducing his audience once again, but this time he’s doing so as the title character in his latest biopic, ‘Casanova Variations.’ In honor of Cleopatra Entertainment releasing the drama on all digital platforms in the U.S. on Tuesday, Shockya is premiering an exclusive clip from the film, which is titled ‘Part of the Show.’ In the clip, the Academy Award-nominated actor portrays Giacomo Casanova during a theatrical production. As part of the play, Giacomo seemingly begins to have chest pain, which draws one of the audience members, who’s a doctor, to the stage. But the viewer is assured by the production team that the attack was just a part of the show.

Cleopatra Entertainment has released the following synopsis for ‘Casanova Variations’:

The biopic is set at the end of Casanova’s life, as he begins to write his memoirs of his magnificent life as the greatest seducer of all time. With the arrival a woman named Elisa, who is interested in his manuscripts, he finds the opportunity of seducing her to be an extraordinary challenge. The story follows the two as their odd, yet enticing, relationship progresses. 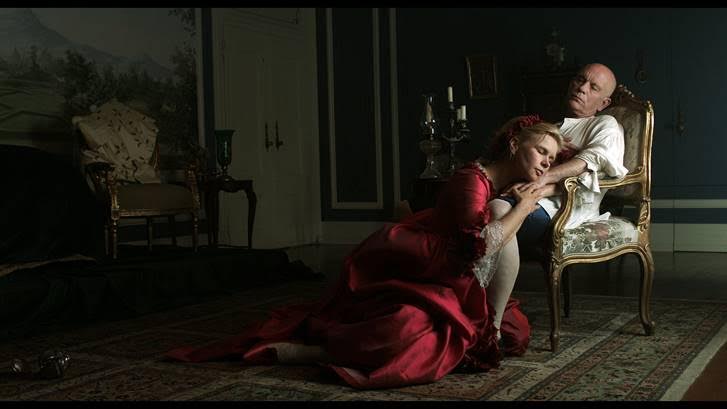 In honor of Cleopatra Entertainment releasing the biopic, 'Casanova Variations,' on all digital platforms in the U.S., Shockya is premiering an exclusive clip from the film, which is titled 'Part of the Show.'