Contemplating the idea of officially settling down and starting a family has been something that many adults have struggled to cope with as they struggle to make a life for themselves. That’s certainly the case with Cary, the bewildered protagonist, of the new drama, ‘No Resolution.’ To ponder that life passage, the official trailer, poster and stills from the film have been released.

The movie’s assets have been unveiled, in honor of its official distribution on VOD next Tuesday, February 13. ‘No Resolution’ marks the feature film writing and directorial debuts of musician Tim Kasher of the bands Cursive and The Good Life. His first drama stars Layne Manzer as Cary; Maura Kidwell as the lead character’s pregnant fiancée, Jean; as well as Catherine Smitko, Erin O’Shea, Emma Neira, Andrew Bailes and Marilyn Bass.

‘No Resolution,’ which incorporates songs from Kasher’s recent solo album of the same name, explores the relationship of never-was musician, Cary, and his newly pregnant fiancée, Jean, as they struggle with concepts of family and settling down. New Year’s Eve becomes a fitting backdrop for the disparity of their combined future: Jean longs for a nice night staying in, but the temptations of a decadent evening are too much for Cary to avoid. The engaged couple reaches a boiling point of anger and resentment as their upstairs neighbors stoke the flames with a raging New Year’s party. 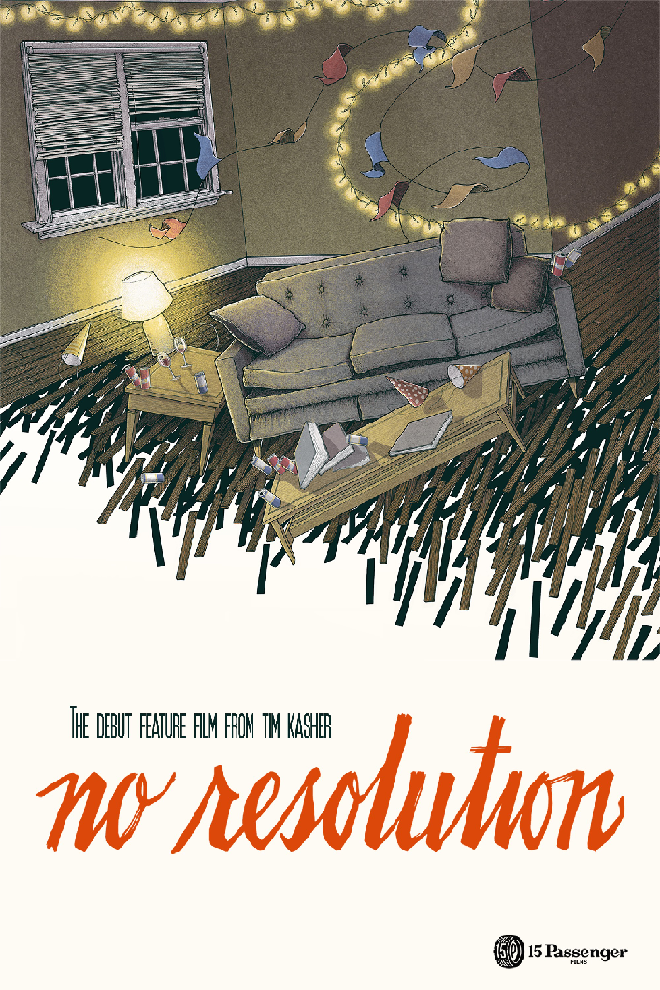 Aggregate Rating
3 based on 8 votes
Product Name
No Resolution