Offering women an unbiased chance to finally explain their side of a infamously passionate story has been an all-too-important opportunity over the past several months. That powerful opportunity is enthrallingly presented in both the fictitious and real worlds of Hollywood, particularly in the new contemporary reimagining of the classic Shakespeare tale of ‘Hamlet.’

In her new romantic drama, ‘Ophelia,’ director Claire McCarthy retells ‘Hamlet’ from a dynamic, empowering and entertaining point-of-view. ‘Star Wars’ actress Daisy Ridley portrays the iconic title character of Ophelia in her coming-of-age romantic tragedy story, as she becomes torn between her forbidden love for Hamlet and the drive to control her own destiny.

‘Ophelia’ is based on the award-winning 2006 novel of the same name by Lisa Klein, and was adapted for the screen by scribe Semi Chellas. The story follows the title trusted lady-in-waiting tot Queen Gertrude (Naomi Watts), who rescued the motherless young girl from a desolate life when she was just a child. While Gertrude’s son, Hamlet (George MacKay), failed to notice Ophelia when she was first brought under his mother’s protection as a girl, her singular spirit eventually captures the romantic affections of the Prince of Denmark. Ophelia’s love for Hamlet also grows as she gets older, despite the rebuffs of her brother, Laertes (Tom Felton).

As she gets older, Ophelia also takes center stage in her societal circle. She embarks on a wild ride that’s full of mystery, passion, female empowerment and courage, particularly since war begins to brew under the growing power of Gertrude’s brother-in-law, Claudius (Clive Owen), and the kingdom crumbles around them. The occupants of the upper class, particularly Ophelia, Hamlet and Gertrude, must contend with being trapped between their true loves and maintaining control over their own futures.

The struggle of women being torn between their passion and the drive to control their own destiny was shared with audiences when ‘Ophelia’ held its World Premiere during the Premiere section at this year’s Sundance Film Festival in Park City, Utah. The day after the movie had its premiere at the festival, Felton and MacKay generously took the time to sit down for an exclusive interview at the Grey Goose Blue Door lounge. Among other things, the duo discussed that while the historic romantic drama isn’t the typical type of movie to be shown at Sundance, they feel McCarthy’s natural ability of empowering the female characters in a contemporary way captured the attention of the festival programmers and audience.

The conversation began with MacKay and Felton explaining what convinced them to play Hamlet and Laertes in ‘Ophelia.’ MacKay initially stated that he was interested in looking at this classic story “from a new perspective, and be a part of this new telling. I wanted to do that with Claire as the director. I met Claire when I auditioned for the role, and I really loved her vision for it, and the way she wanted to work. So I just wanted to take the opportunity to play this character, and facilitate what this story’s exploring.”

Felton also shared that he became keen on starring in the new screen adaptation after he read the script. “I immediately fell in love with this retelling of a story that I’ve known for a long time. I then heard that George was on board, so I jumped at the chance to work with this man,” the actor playfully noted, as he motioned to MacKay.

“I also spoke to Claire, the director, for about an hour via Skype one morning. She shared her vision on what she wanted to do with the different characters. She then asked me to come on board,” Felton disclosed. He added with a laugh that he “didn’t need much convincing!”

The performers then explained how they both prepared for the making of the drama, including how close the story remained true to Klein’s novel, and how much they made the story their own. MacKay explained that the movie adaptation stayed true to the book, first and foremost. “But the idea for the story also spawned from Shakespeare. The play is a goldmine, especially for how Hamlet is feeling. So I went over the play again, and delved into what I felt was relevant. I would do that throughout the filming process, but would always concentrate on what we were trying to do,” the actor revealed.

Felton also did some rehasing of the play on his own before production on ‘Ophelia’ began. But most of the preparation “was done in Prague, where the movie was shot, with Claire, our fearless director, and the rest of the cast.”

The actor then further explained what the experience of shooting ‘Ophelia’ on location in Prague was like. “I feel very lucky that we had that opportunity. I honestly think we could have shot it anywhere, and I would have had a brilliant time. But Prague is one of the most beautiful cities I’ve ever been to. I’ve never been there before, and I like having the excuse of going somewhere new.”

He also enthusiastically revealed that “I had to pinch myself, because many people save up all year so that they can have a week-long holiday in Prague, or where ever else they want to go in Europe. But we were actually being paid to be there, for a job. So I had a great time there. It was really special.”

While shooting ‘Ophelia,’ “We did some physical things that people did back in those days, like horseback riding and sword-fighting. We also practiced how people walked and held themselves during that time,” the performer disclosed.

Felton also divulged that he loved the process of relating to Laertes’ physicality, whether it was “getting on the horse, or into the costumes. I even loved the boots! Massimo (Cantini Parrini), our costume designer, wasn’t willing to cut any corners. He had these Roman style boots that took half-an-hour to lace up.”

MacKay also admitted with a a laugh that “I don’t think I got the boots right, even on the last day! There were so many buttons. Massimo’s costumes were amazing, from the detail that was put into them, to the care that was put into the way they were made. That was a huge help, in terms of the physicality.”

The physicality “was partnered with some pretty intense sessions with Claire and Daisy, during which time we talked about things. We also explored relationships, which was a rare treat for me,” Felton admitted. “I’m more used to being thrown on the set and being told, ‘Let’s see what happens.’ It was nice to get a bit of time to grease the wheels before we started rolling.”

MacKay added that “we had a week to rehearse before we began filming, which is quite rare. We had everyone together during that week. It was very helpful to have that time to work through the scenes with Claire and the rest of the cast.” The actor also called the process of working with the filmmaker “wonderful. She’s a wonderful director, who’s hungry to explore every possibility in each scene. She just led us so beautifully throughout each scene.”

Despite his overall positive experience on the set, MacKay did admit that retelling the story was a bit tricky at times, because the audience sees the story “through Ophelia’s eyes. That empowers the female characters within the story, more so than the original play did.” But he also pointed out that “the source material is male-heavy.”

But McCarthy “properly explored all of those complexities in every scene, which is one of the things I loved about working with Claire. She never left a stone unturned, in terms of exploring all possibilities, and finding the truth, in every scene,” MacKay also shared.

Felton also called his experience of working with McCarthy “incredibly positive. She’s very strong-minded in where she wants things to go. She’s also remarkably sweet and incredibly patient.” The performer also expressed his gratitude over how collaborative McCarthy was as a director on the set, as “I’m used to being told what to do, like ‘Sit here and shut up.’ She was keen to explore even the most minor detail together, which you wouldn’t go into such preparation for on other projects. So working with her was wonderful.”

The actor added that McCarthy’s husband, Denson Baker, served as the Director of Photography on the film, “and they had a remarkable relationship on the set. They didn’t have to say anything to each other; they just seemed to read each other’s minds, and knew what the other person wanted.”

MacKay and Felton also showcased their natural chemistry and rapport with each other, and joked around about what little tension there was between the castmembers on the set. Felton noted how “it sounds like a cliché that actors say during interviews, but we had a wonderful time together. All of us boys would get together most nights and trade stories.” MacKay also chimed in that working together “was truly a lot of fun.”

MacKay also admitted that he was nervous about playing Hamlet, because “he’s a prince and is powerful. But when you put on all that gear, it really changes how you hold yourself,” both physically and emotionally. “The cloak was heavy on my shoulders, so you have to broaden yourself to support what you’re wearing, and why you’re wearing it.”

The actors then delved into the experience of having ‘Ophelia’ World Premiere during the Premiere Section of the Sundance Film Festival. Felton proclaimed, “It’s been so fun, hasn’t it?” MacKay agreed, stating that “It’s been amazing being here. One thing that’s really exciting about this festival is that I associate the films here with really contemporary indie films. So I think the fact that our film is a 14th-century, semi-fantastical piece, and is included within this mix of contemporary movies, speaks volumes about the contemporary nature of the relationships that Claire has found within this story…You certainly feel as though you’re watching something that’s up-to-date.”

The performer added that “I think Claire has done a wonderful job with the film, which is why I think it’s at Sundance. This project isn’t the norm of what’s usually played here, but somehow it manages to fit in. The relationships within the story are so three-dimensional, and empowers the female characters…It feels as though we’re really exploring the characters as people. Not having that over masculinity as our downfall is really intriguing!” 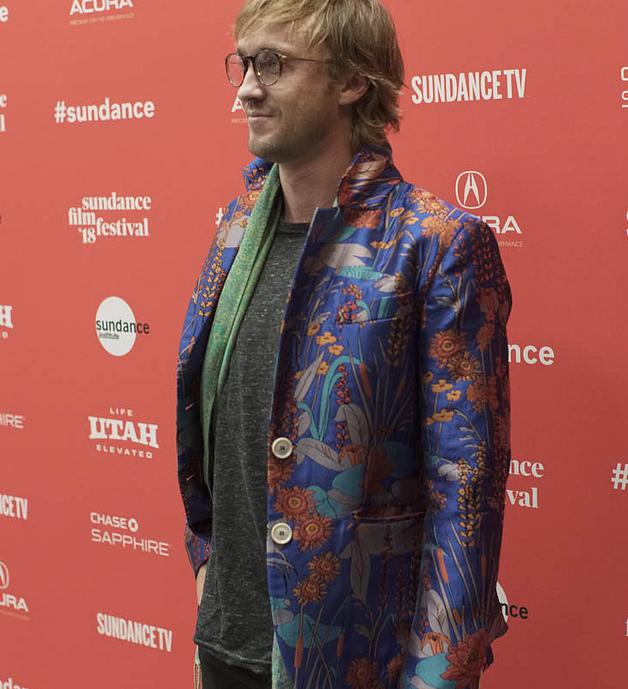