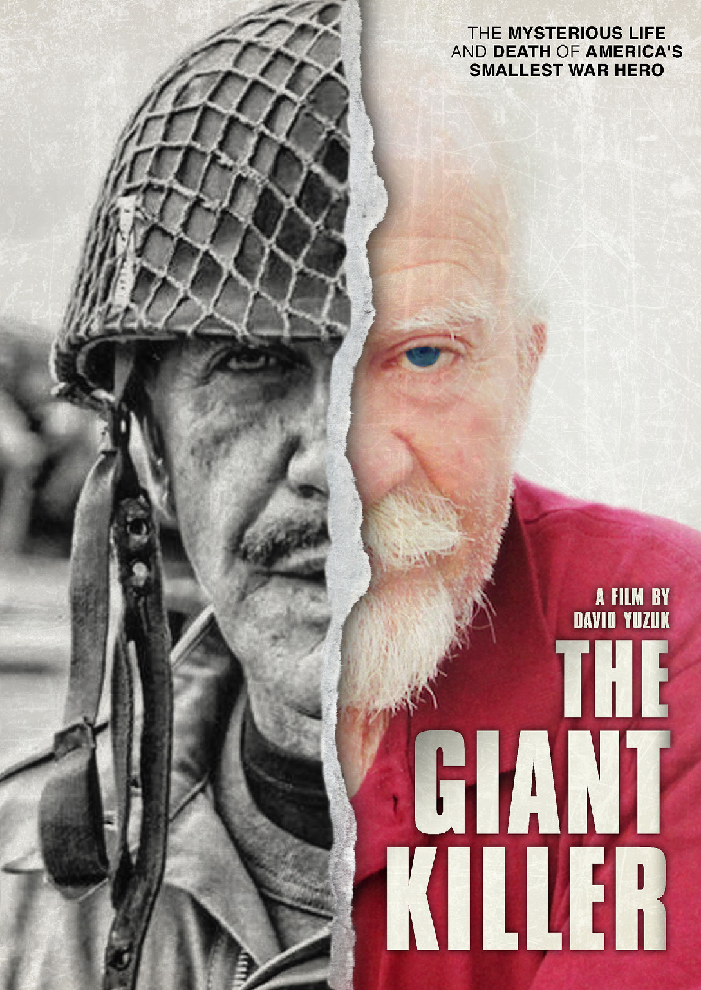 Losing a beloved friend is a harrowing experience for anyone who truly cherishes their relationship. But not completely knowing their companion’s background can make their unexpected death even more heartbreaking. That’s certainly the case for director David Yuzuk, who chronicles the experience of losing one of his friends, Richard J. Flaherty, who he later learns was leading a very mysterious life, in the new documentary, ‘The Giant Killer.’

In honor of XLrator Media distributing ‘The Giant Killer’ on VOD, including iTunes and Amazon, on Tuesday, February 20, ShockYa is debuting the trailer and poster for the film. In addition to helming the movie, Yuzuk also co-wrote, produced and served as a cinematographer on the project.

‘The Giant Killer’ follows the true story of Yuzuk, who’s a former Miami police officer, as he befriended Flaherty, who was a homeless man. After 15 years of friendship, Yuzuk finally learned that Flaherty was the smallest soldier to ever serve in the U.S. military. Flaherty’s military records also revealed that he rose to the rank of a Special Forces Green Beret Captain, and was awarded the Silver Star, two Bronze Stars and two Purple Hearts for his actions in Vietnam.

Despite the warning, Yuzuk located and contacted a retired federal agent who worked undercover with Flaherty in the 1980s. The agent advised Yuzuk that everything Flaherty told him was true. Six hours later, Yuzuk was informed that Flaherty was just killed by a hit and run driver.

Yuzuk was then compelled to go on a quest to learn everything about his friend’s mysterious life and death. As Yuzuk went deeper into the rabbit hole of Flaherty’s life, the truth started becoming stranger than fiction. In one final twist to the already incredible story, Yuzuk found Flaherty’s passport. It reveals that in the time that he was living as a homeless man, the war veteran was also secretly traveling to dangerous locations around the world, including Jordan, Iraq, Thailand, Vietnam and Venezuela.