Confronting challenges that are regularly presented to them by mainstream society, is an unfortunate necessity that many women must face as they command to be taken seriously in the world. But actress, comedian and video blogger, Franchesca Ramsey, is powerfully defying expectations, and telling meaningful and contemporary stories that positively impact women’s lives. The YouTube star is showing how important it is for women to have positive inspirations in the worlds of beauty and fashion, no matter how much of a stigma there is about how frivolous those topics are, in her new digital comedic culture series, ‘Franchesca.’

Ramsey served as the lead performer, co-writer and executive producer on ‘Franchesca,’ which was co-written, directed and produced by Kaitlin Fontana. The docu-series held its premiere during the inaugural Indie Episodic section at this year’s Sundance Film Festival in Park City, Utah.

‘Franchesca’ follows the title media personality as she explores the hidden meanings behind her favorite fashion trends, styles and rituals. Each episode featurem Ramsey, along with a fierce and funny celebrity guest, as they pursue the latest beauty recommendations with curiosity, authenticity and humor.

During the afternoon ‘Franchesca’ had its premiere at the Sundance Film Festival, Ramsey and Fontana generously took the time to sit down for an exclusive interview at the Grey Goose Blue Door lounge in Park City. Among other things, the duo discussed that they were drawn to film the show because they wanted to showcase an extended version of Ramsey’s work in both the fashion and activism worlds. They both also shared that the experience of bringing their debut project to Sundance was a fulfilling one, as the audience excitingly and positively responded to the series.

The conversation began with Ramsey and Fontana discussing why they wanted to film ‘Franchesca.’ The helmer shared that she “met Franchesca through my manager, who I had previously worked with on another show. I was already a huge fan of Franchesca, so my manager brought me in to pitch some ideas to her. Franchesca was already well known online, including on YouTube. But I wanted to see what else was there, and what we weren’t seeing with her,” Fontana explained. “So I wanted to see more of her act, as well as the day-in-the-life feel about her and all of the work she does, which is very important. She does great activist work.”

Ultimately, Ramsey and Fontana decided to focus on beauty and fashion in their docu-series. “That’s such a great place to visit with Franchesca, because she’s so engaged in, and passionate about, that world. We both saw that no one else is really talking about these subjects in a real and passionate way,” the director pointed out.

Franchesca then chimed in that “We love the idea that beauty is something that people can participate in together, and it’s something that can also bring people close together. Also, feeling good about yourself is a method of self-care. Sometimes the world minimizes how important it is to take a little bit of time for yourself, and feel good about the way that you look. That’s different for every single person. But sharing that with each other is really interesting and fun.”

Fontana then delved into the reason why she decided to helm the series, and described her helming style. “This is my directorial debut on a real project with a budget and crew. But I’ve done a lot (of directing) in the sketch comedy space; I’ve directed about 40 sketches over the years for various people. What I was able to take away from those experiences was the ability to do things very quickly without a lot of money, and to cut to the heart of something,” the helmer divulged.

“I’m also a writer, so I’m able to figure out what’s good about something, as well as who the main character is. I already had this great character of Franchesca, so I didn’t have to work hard to determine who she is,” Fontana shared. “So I thought about how I could best create scripted and unscripted moments that show who she is as a person.”

The director also shared that all of the material for ‘Franchesca’ was shot in one day at a couple different locations, including a bar and nail salon. She added that “a large portion of the material that appears in the middle was improvised. I come from an improv background, so I was letting them go for the main part, but I was also directing them a little bit by asking some questions. I think a big part of directing is to set the scene, but then get out of the way and let the actors do a lot of the work. That’s what I tried to do on the show as much as possible.”

Further speaking of the process of combining the improv with the scribing process, Ramsey and Fontana are both credited as co-writers on the series. Ramsey then revealed how much of the dialogue she spoke was written before filming began, and how much was created during filming. “It was a really nice hybrid of lightly scripted comedy and improv, as this is a slice-of-life docuseries. So Acts I and III are scripted. During Act II, (comedian) Michelle (Buteau) and I are getting our nails done, we’re just talking. There was a lot of footage that was left on the cutting room floor, because the process of us getting our nails done was over two hours,” the title star admitted.

During the filming of Ramsey and her co-star getting their nails done, they “had a light outline of things we wanted to talk about,” the series’ host divulged. She added that “We decided in advance to talk about our histories and the things that inspire us.We also spoke to our nail technician about some of the work she’s done. While we were talking, Kaitlin would come over and say, ‘Why don’t you talk about this now?’ We would just go and see where things would develop from there.”

Ramsey and Fontana also explained what the process of producing the series was like on ‘Franchesca,’ and how that duty influenced their filming process. “Since I started on YouTube, and was really involved in that production process, I didn’t realize that I was a producer at first,” the web series host admitted. “I was a producer because I was deciding where to put the camera, what the lighting should look like, what the editing should be and what special effects and graphics I wanted. So it was really collaborative.

The ‘Franchesca’ star “also decided which Tweets and captions would look cool on screen. I was saying, this is a place where I think something really cool is happening here visually. I also thought about how we could elevate and tighten up jokes.”

Ramsey added that she’s also really grateful that “Kaitlin’s such a great partner, because she has a comedic voice, and she understands timing. I trusted her to catch a joke that maybe didn’t work, and put in one that worked better.”

Fontana then chimed in that “Franchesca’s always so strong, and I was already invested in that. So going through the two-and-half hours of them talking, and picking the best jokes, was easier for me, because I could hear would stood out.” She added that being so collaborative was also part of their jobs as producers, which she pointed out doesn’t get talked about that often. The director admitted that “It’s hard work, but it was so wonderful to build this project together. We were all in it together, and felt like a team.”

Once the filming process was over, the duo began to think about how they wanted to approach editing the series. Ramsey admitted that she “was really impressed with the edit the first time I saw it. We did a long edit to start, and went backwards from there. Kaitlin was great at pulling out some of the funny moments. We also would say, ‘I think we talked about this, so can we see if we have an edit of it?'”

The series star added that “It was a long process of us starting, but towards the end, we were enjoying it. So it was a great experience, because we got to see what the process involved, and show the whole procedure of getting our nails done.”

Once the editing process on ‘Franchesca’ was completed, the duo was excited to hear that the series was going to have its premiere during the Indie Episodic section at Sundance, and shared their experiences of bringing the show to the festival. Fontana noted that “This is my first Sundance, so it’s been extremely exciting. I think I’m still a little bit in shock. We had our first screening earlier today, and I thought, it’s finally happening!”

Ramsey chimed in that the screening “was so cool. Hearing the audience’s reaction was exciting. We know what we think is funny, but you never know what other people are going to connect to. So hearing what the audience laughed at was so cool. This whole experience has been so surreal.”

The show’s lead performer added that “What’s also been striking to me is how easy and fun it’s been to talk about the series. It’s also been amazing to hear how exciting people are about the project, and I couldn’t be more proud to have my debut at Sundance be something that I really involved in. It’s something completely new and unique that people are really connecting to.” 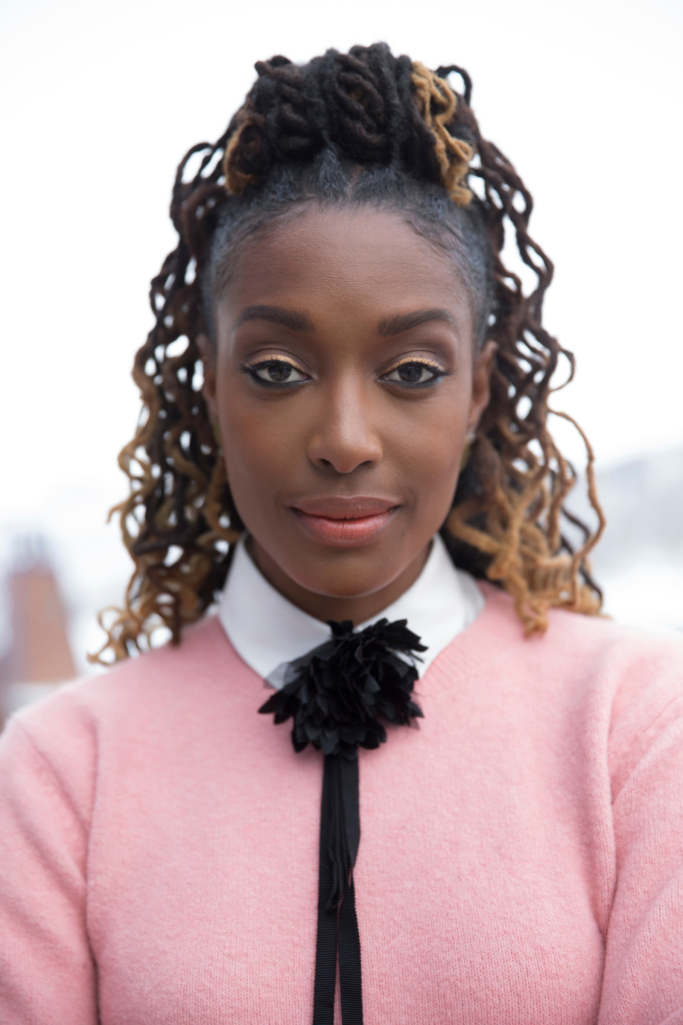