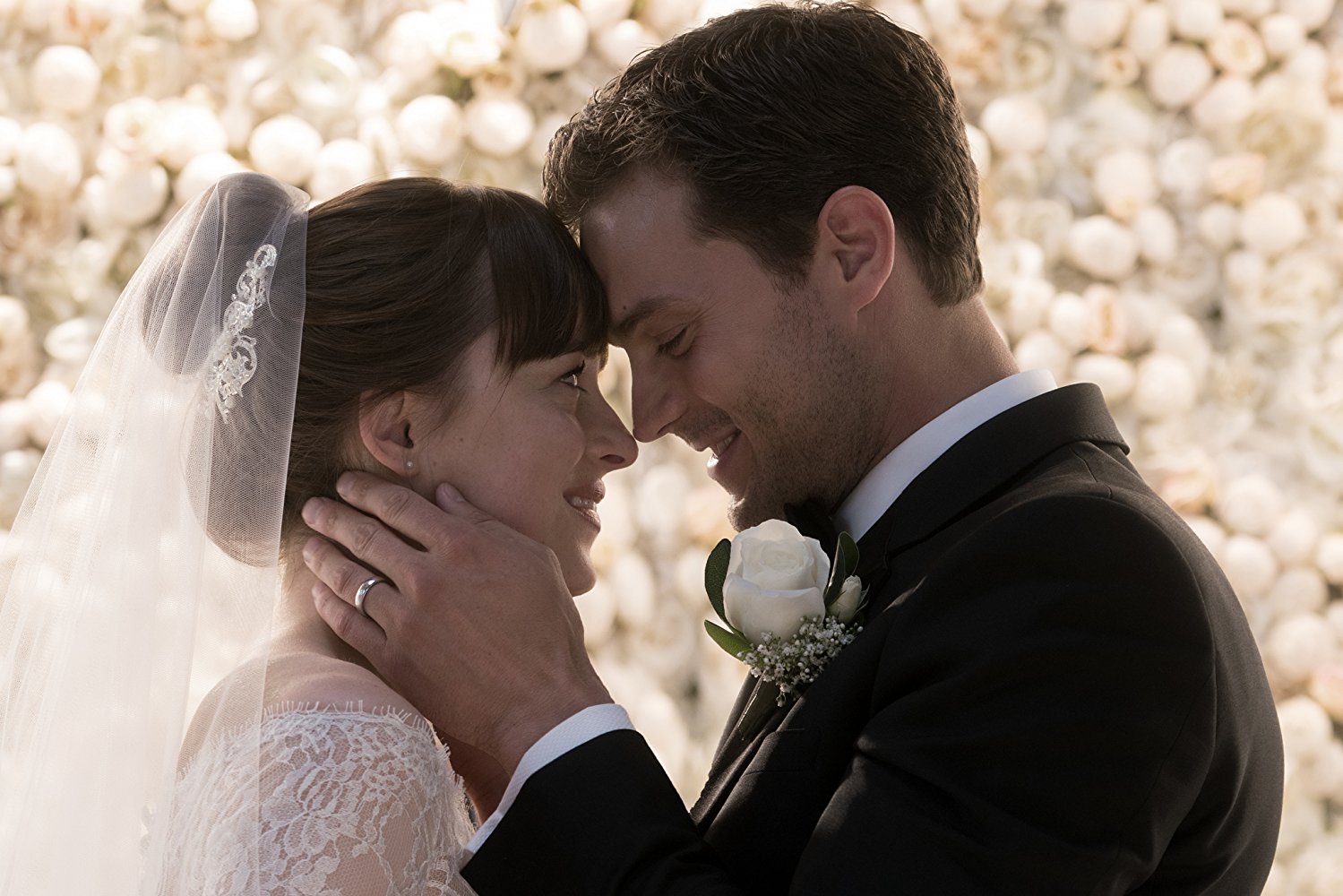 Combating, and overcoming, personal demons and antagonistic rivals is meant to free people from their pain. But continuously rehasing the same conflicts over the course of several years, without learning from their mistakes, can ultimately hold people back from reaching their true emotional potential. That’s certainly the case with the protagonists in the hit ‘Fifty Shades’ trilogy, whose screen adaptation is coming to a close with the new installment, ‘Fifty Shades Freed.’ The movie, which is set to be released in theaters tomorrow by Universal Pictures, is based on E.L. James’ popular 2012 novel of the same name. Directed by James Foley, who also helmed its predecessor, last February’s ‘Fifty Shades Darker,’ the last installment features a stunning effort by its cast to bring their characters’ turmoil to a satisfying close, but unfortunately misses its mark in bringing true emotion to their actions.

‘Fifty Shades Freed’ picks up soon after where ‘Fifty Shades Darker’ left off. After becoming engaged during a romantic proposal during the first sequel’s finale, the final installment in the trilogy begins with kinky billionaire Christian Grey (Jamie Dornan) and his innocently naive fiancée, Anastasia Steele (Dakota Johnson), marrying in a lavish ceremony in front of their family and friends. Christian then whisks his new wife on an extravagant honeymoon in Paris. But their bliss is cut short when they’re informed by one of Christian’s employees that an intruder broke into his company, Grey Enterprises, and stole vital information and set arson to one of the offices.

When the newlyweds return home to Seattle, Christian is determined to keep Ana safe by hiring her own security team that’s head by Sawyer (Brant Daugherty), who’s considered swoonworthy by her assistant at her office at Seattle Independent Publishing (SIP). When Ana returns to work, she and Christian continue to argue over how devoted she’ll remain to her career now that they’re married, and she insists that she loves her work too much to give it up.

Aided by his bodyguard and head of security, Taylor (Max Martini), Christian discovers that Ana’s former boss at SIP, Jack Hyde (Eric Johnson), is behind the recent threats against them. Christian also learns that Jack is seeking revenge against him and his family, and has resorted to corporate sabotage, burglary, blackmail and kidnapping in order to retaliate against the people he feels have wronged him. As a result, the Greys will stop at nothing to protect their new lives together, even when Ana tells her new husband that she has unexpectedly become pregnant, which is an announces that sends him into a tailspin.

James has revealed that she initially intended to conclude Christian and Ana’s story after the proposal that ended the second story’s plotline, but fans of the series subsequently urged her to highlight some of the struggles and bliss they both shared after the wedding. While the novel of ‘Fifty Shades Freed’ offered a more satisfying and complete arc that showcases how married life has changed the protagonists, for both better and worse, the movie adaptation cut some of the most important plot points, in an effort to create a shorter and more cohesive plotline.

Although trimming a source material’s story for time constraints is an understandable and widely accepted practice in filmmaking, cutting the already trim depths of emotional arcs of Ana and Christian that were presented in the final novel for its movie made the overall adaptation untitallating and unfulfilling. Niall Leonard, who wrote the screenplays for both the ‘Fifty Shades Darker’ and ‘Fifty Shades Freed’ adaptations, far too heavily treaded on the dominant-submissive relationship that drove the initial spark between the two protagonists in ‘Fifty Shades of Grey.’ There are was some intriguing tensions that continued to grow between Christian and Ana after they got married, including the threats of Jack on their personal and professional lives. But overall, Christian wanting to maintain full control of his new wife’s actions at work and with her friends. and his fear of becoming a parent when reveals that she’s pregnant, mixed with their kinky sexual connection, glosses over their emotional turmoil.

The filmmakers of ‘Fifty Shades Darker’ and ‘Fifty Shades Freed’ decided to shoot both installments simultaneously, in part to allow Johnson and Dornan to naturally connect Ana and Christian as a married couple, without any interruptions. While both installments were treated as thematically and stylistically separate entities, as opposed to a single finale story that was just split in half and to be continued, the exclusion of certain plot points from both books made both film adaptations feel as though they were lacking in emotion. The lead actors fought to maintain their characters’ drive to maintain their passion during times of glossed over turmoil, but the continued lack of emotional connection to each other and the scantily adapted source material made the final film installment feel anti-climatic.

Cancel reply
Venom Gets A New Teaser Trailer, but Venom Is Nowhere To Be Found
Ivan Sandomire Chases His Past in Diverge Exclusive Clip
To Top