Contending with the realities of school and a troubled family life can be a challenge for any teenage girl. In order to contend with those difficulties, actress Madison Wolfe is slaying her demons in the newly released official poster for her upcoming fantasy film, ‘I Kill Giants.’ The poster was unveiled by the drama’s distributor, RLJ Entertainment, which is set to release the movie on March 23 in theaters and On Demand and Digital HD.

The thriller is based on the acclaimed graphic novel, ‘Man of Action,’ by Joe Kelly and Ken Niimura. ‘I Kill Giants,’ which had its World Premiere at last fall’s Toronto International Film Festival, marks the feature film directorial debut of Anders Walter, and was written by Joe Kelly. In addition to Wolfe, the drama also stars Zoe Saldana, Imogen Poots and Sydney Wade.

RLJ Entertainment has released the following synopsis for ‘I Kill Giants’:

Barbara Thorson (Wolfe) is a teenage girl who escapes the realities of school and a troubled family life by retreating into her magical world of fighting evil giants. With the help of her new friend Sophia (Wade) and her school counselor (Saldana), Barbara learns to face her fears and battle the giants that threaten her world. 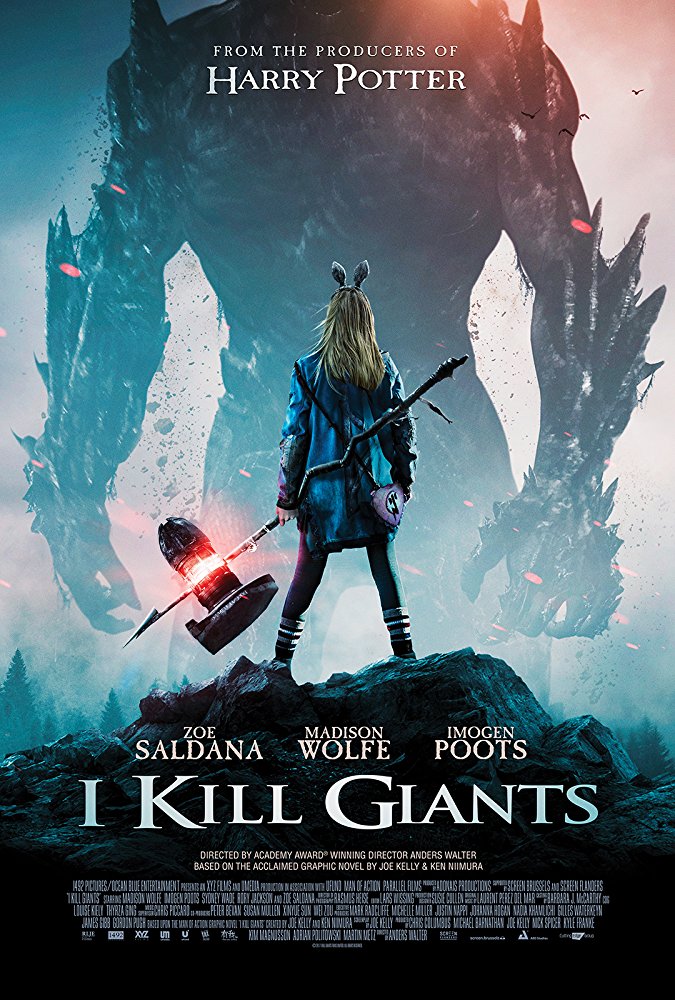