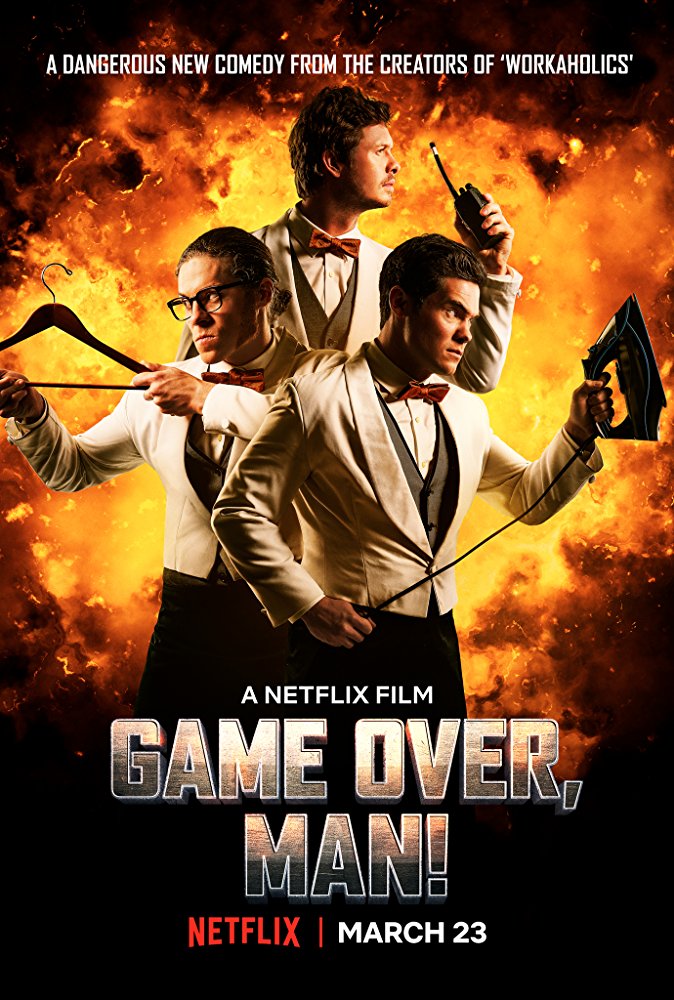 The poster for director Kyle Newacheck’s action comedy, ‘Game Over, Man!,’ which stars Adam Devine, Anders Holm and Blake Anderson, which is premiering exclusively on Netflix.

Three former losers are proving they can become, or at least attempt to transform into, heroes in the most unexpected situation. The best friends and colleagues are setting out to prove that they can truly defend their city in real life in the official trailer for the upcoming action comedy, ‘Game Over, Man!’

The movie is set to launch on March 23 on Netflix. It stars Adam Devine, Blake Anderson and Anders Holm, who also wrote the script, as the three daring friends. ‘Game Over, Man!’ was directed by Kyle Newacheck, and produced by Devine, Holm, Anderson, Newacheck, Seth Rogen, Evan Goldberg, James Weaver, Scott Rudin and Eli Bush.

‘Game Over, Man!’ is set during a star-studded Los Angeles party. Three zeroes (Devine, Anderson and Holm) become heroes (sort of) when the hotel they work at is taken hostage by bad guys.