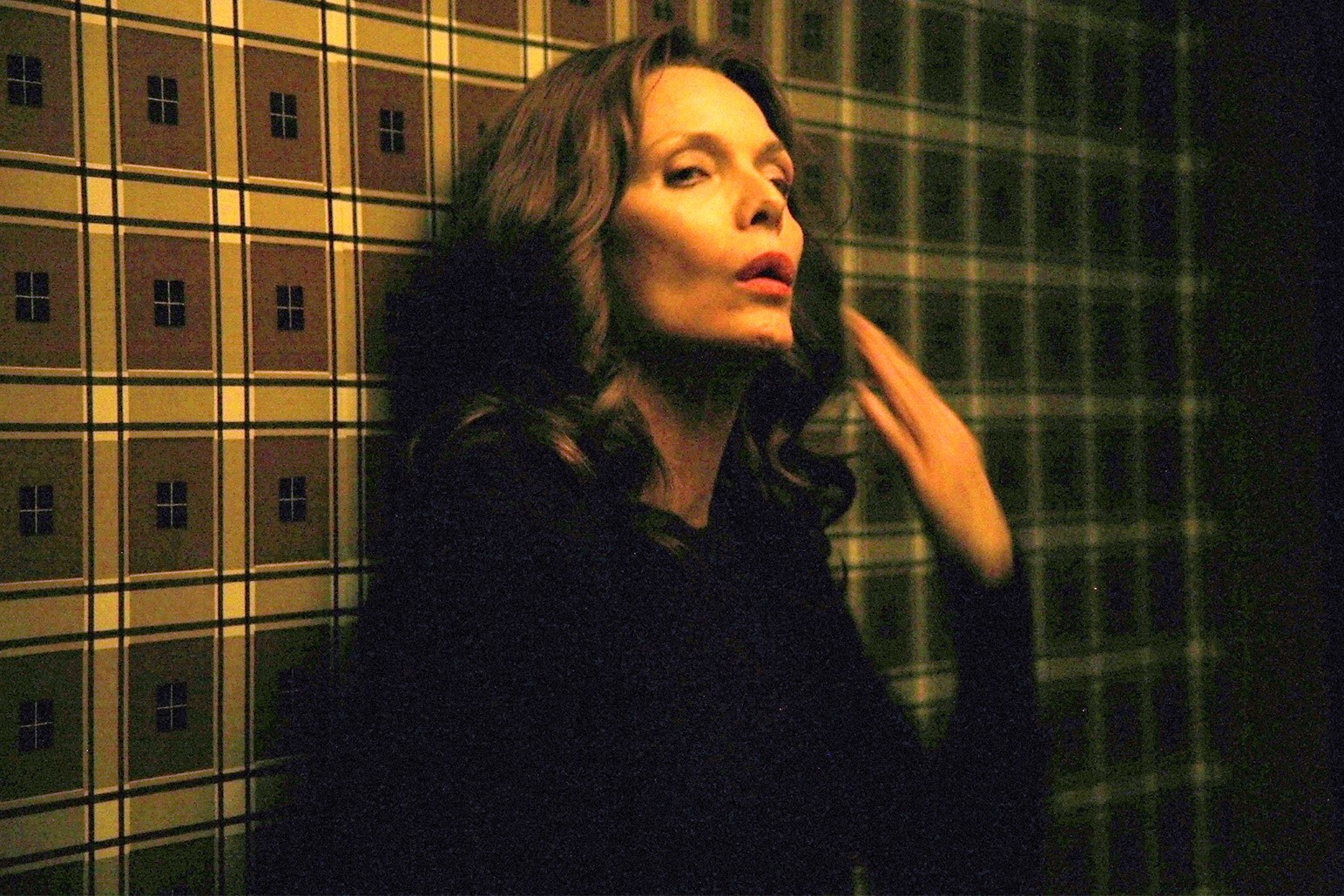 Photo of Michelle Pfeiffer in Where is Kyra

Andrew Dosunmu, who directs “Where is Kyra?” is known to cinephiles especially for “Mother of George,” which finds a Nigerian couple living in Brooklyn, the woman unable to have a child and thereby undermining her Basotho culture. The woman, panicked at the thought of criticism she would get from her own society, takes dramatic action to override her shame. Similarly, in “Where is Kyra?” the title character played by Michelle Pfeifer is desperate, not because of her specific culture but because she has no money. She apparently has little hope of getting a job (though only about 40 years old and, if we believe her, knowledgeable in Power Point and Excel), and needing to do almost anything simply to keep avoid eviction from her Queens, New York apartment.

Just as people might attend this film as fans of Pfeifer rather than via a special interest in the story, others may pick it up because of the particular techniques of its director, since Dosunmu keeps most of the action in the dark, lets visuals rather than dialogue express a good part of the plot, and is fond of long takes during which time he has his cameraperson Bradford Young focus on close-ups and medium shots of Kyra’s face.

The tale seems a cross between the working-class themes of Ken Loach (“I, Daniel Blake” for example) and the absolute pits of Maxim Gorky (“The Lower Depths”). The influence of “The Lower Depths” comes from that classic film’s treatment of the imprisoning hold of poverty; the disheartening odds of people rising from such social despair. Kyra, who at first does not resemble the typical personality of the homeless and the near homeless, appears to be living in a recent time when we had ten percent employment. She is unable to find anything, nor does she expect too much when she visits a seedy restaurant where she was promised a job but is told “My husband hired someone else without telling me.” She cannot get office work though she allegedly has the skills and the middle-class personality to handle this. At the bottom, she sandwiches a sign for a tax office, giving out circulars, and even here nobody picks up the ad and the tax office does not even keep her on the job the next day.

Yet she is a deserving person. She has taken care of her physically old and disabled mother, bathing her, fixing her oxygen mask, keeping her out of a nursing home. When her mother dies she tries to cash her pension check, ultimately committing a crime by disguising herself as a crone with a silver-colored wig, large shades and a winter hat, hobbling down the street in a cane and pretending to be the old woman. With shaky hands and the tip-tap of her cane, her performance is so convincing that we in the audience might wonder if the role is played by Suzanne Shepherd, who does quite a job in the guise of Kyra’s mom. While distracting herself in a bar, she meets Doug (Kiefer Sutherland), another victim of our callous capitalist system, working part time driving people to and from the airport and finding a place in a nursing home as a caretaker. What looks like a one-night stand becomes a relationship, as Doug not only continues the courtship but becomes enveloped in Kyra’s illegal acts.

The title of the film, “Where is Kyra?” could relate to the scenes in which various officials look for Kyra, asking her “mother” when she will be back, and those scenes in which she becomes the mother and tells officials that Kyra is out. This is a slow-moving, dark, perhaps allegorical tale of poverty in the midst of plenty, which makes me wonder how many Americans, known for having no savings, can manage long-term unemployment and retirement. It also reminds me of what one homeless man, soliciting funds in the subway, admonishes, “This can happen to you.”

Cancel reply
How to Talk to Girls at Parties Gets A New Movie Trailer and Poster
Who’s Jenna…? Exclusive Clip Features Bill Sorvino Discovering the Truth About His Boss
To Top