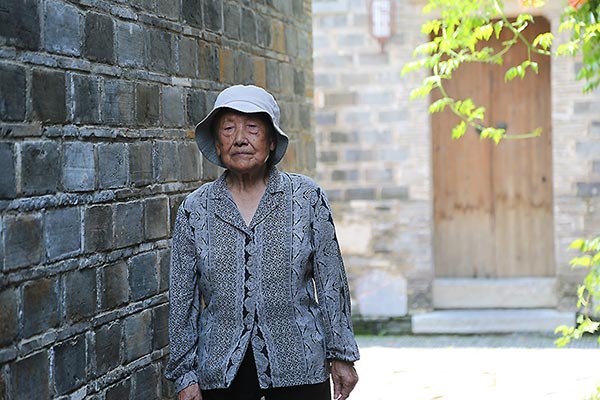 Photo from the film The Girl and the Picture.

As right-wing, authoritarian parties are gaining influence in the West—think Hungary, Greece, France, Germany, Russia, and (gulp) the U.S.– we would do well to remember the consequences of extreme nationalism wherever it exists. Among the best examples is that of Japan during the 1930s and 1940s. Known as a highly civilized country where talking in a loud voice was considered virtually a crime, Japan fell prey to Fascist politics, which led the country—even before its attack on Pearl Harbor—to invade China, provoking atrocities especially in Nanjing where up to 300,000 civilians were tortured, raped and murdered. Faced with unusual resistance beginning in Shanghai, Japanese soldiers turned barbaric, ignoring the rules of war by focusing on ordinary people, though some Japanese went over the line under the influence of Crystal Meth, resulting in the exclusion of civilized norms of morality.

We in the U.S. have been apprised of the Holocaust in Germany by an onslaught of films. Even high-school classes sometimes devote an entire term to the murder of six million Jews. But the Holocaust by Japan is given twenty minutes of so in a world history class (I can testify to this as a retired history teacher). But China has a constructed an elaborate memorial to the victims in Nanjing, all civilians, with some memorial constructs similar to those found in today in Berlin and especially by a block-long museum in the city where the devastation took place.

To remind us once again of the dangers of fascism, Xia Shuqin, an eighty-eight year old survivor who was able to hide until the soldiers went away, is questioned by her granddaughter with the great-grandson in attendance. Among her dramatic testimony is her recollection as one of the only two survivors of the massacre. The Japanese killed her father immediately when he opened the door, then her one-year-old sister, her mother, grandparents and two sisters. Xia shows three scars on her back as she was bayoneted by the soldiers.

Xia reveals with still pictures the horrors of bodies everywhere, but most important we in the audience see archival films, now faded, of the weeks beginning with Japan’s invasion of Shanghai in September 1937, then on to Nanjing, where the Japanese acted with barbarity that might have shocked some Nazis. Chris Magee demonstrates the camera used by his missionary grandfather to create a moving image of the slaughter. Had he been caught filming by the Japanese, he would not have died in bed.

Nanjing today is a completely modern city, as renovated after the war as was Rotterdam after the German bombings. It appears so clean and friendly that it should a tourist destination for visitors who cannot tolerate the pollution in Beijing and Shanghai.

This film is as much about Xia Shuquin as a record of the slaughter. She is intent just as Holocaust survivors today in the U.S. to ensure knowledge of fascism in the hope that similar tragedies will never occur again. Tell that to Bashar al-Assad in Syria. Tell that to the Russians who are propping up the worst dictator in our time.

The film is a project of the USC Shoah Foundation founded by Steven Spielberg to record eyewitness accounts of genocides, whether they be in Nanjing or Europe or wherever. Festival dates TBD.