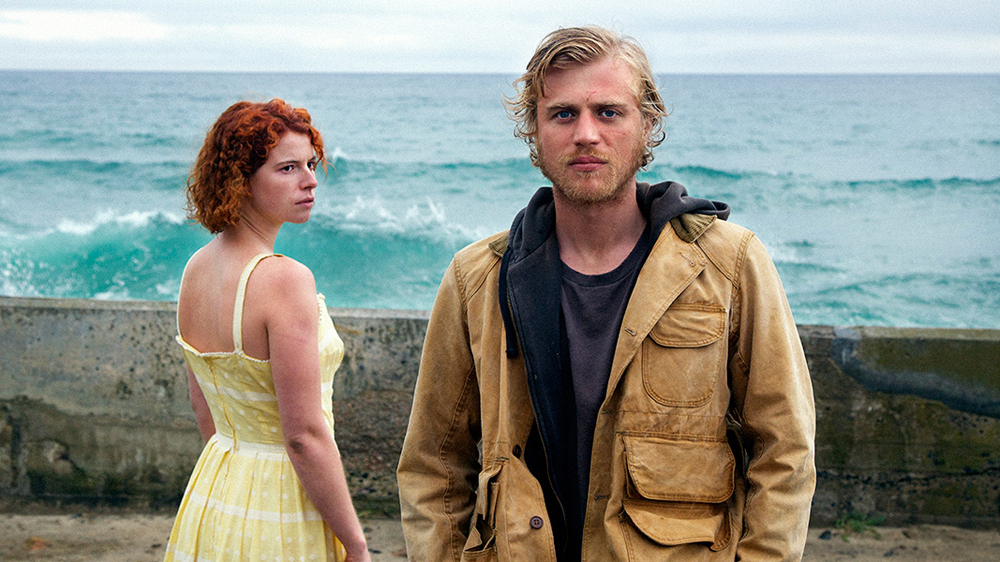 If you managed to catch the 28-minute short film “Keeping Up with the Joneses,” you might have guessed what’s in store for Michael Pearce’s first full length feature film, which he both wrote and directs. The short, which played at numerous festivals, reveals a man’s true colors when his wife is kidnapped by business associates. Now with “Beast,” a well-developed thriller with some horror undertones, Pearce emerges as a fellow to watch, since he keeps the audience with an uneasy feeling throughout while trying to guess the identity of a serial killer and wondering whether the woman on whom he focuses so much attention is in danger of being murdered.

“Beast,” however, is not a typical, superficial treatment of the subject of serial killers but a story with enough depth that even European history becomes a player.But blink, and you’ll miss a key point, when Pascal (Johnny Flynn) informs snobbish family members at a family dinner on the British island of Jersey that they, despite their wealth and haute manners, are sitting on land that belonged to his ancestors. (Jersey is not part of the UK but the United Kingdom is responsible for its defense.) Pascal is the kind of young man, which, according to some sociologists, is the type who are favored by women for a good time, but not a good prospect as a potential father and husband. He is strikingly handsome with Nordic features but is suspected of killing a number of a teenage women. He works with his hands, carpentry and the like, and his magnetism head-on and immediately draws the lust of Moll (Jessie Buckley), a 27-year-old woman who still lives with her parents under the repressive rule of her mother, Hilary (Geraldine James). Hilary has been home-schooling Moll since the young woman was expelled from school for having stabbed a classmate who had bullied her. Between the bullying then and the harsh treatment she must accept from her mother, she could understandably be treated by the audience as a suspect in the serial murders. Just watch the way she shoots a rabbit under the guidance of her new boyfriend. When the animal is wounded and suffering and she is told that it’s cruel to leave it that way, she does not simply put a bullet in the bunny’s head but smashes it several times with her rifle.

Writer-director Pearce, who situates the story in Jersey where it is filmed, has lucked out by getting two incredibly attractive performers together as the young couple in love. He builds the tale in graduated steps, digging deeply into the emotional handicap that guides and appears slowly to destroy Moll’s stability. She is courted by a detective who is a friend of the family, a man who believes that Moll is covering up for her boyfriend, giving him the alibi that she was dancing with him all night at the time that a fourth body is discovered. Moll, who feels almost repelled by a guy who is staid when the love of her own life is so adventurous, once tells him that what she remembers most about him is his smell. The police are convinced that Pascal is the man they seek and are frustrated when Moll continues to defend him, though Moll, despite her fear that Pascal is indeed the serial killer, remains turned on by a guy who is so natural when her mother is a witch and understanding when Moll expresses her anger.

As a redhead, Moll is even physically different from the neighbors who share some terrific Irish dancing on a typical Saturday night on an island that appears to offer little for young people. As interpreted by Jessie Buckley, who once played Miranda in Jeremy Herrin’s 2014 film “The Tempest,” she brings fire and fury into her role as a woman determined to break the chain of her snobbish and repressive mother, willing to take her bond with Pascal wherever it leads and damn the possibility that she could be one of his victims. A terrific performer, Buckley creates a woman who should have been able to move away from her family years earlier and who is now making up for her vulnerable years with fever that’s conveyed to her movie audience. You may not guess the surprise ending, but having seen it, you’ll say, “Of course: why didn’t I think of that?”