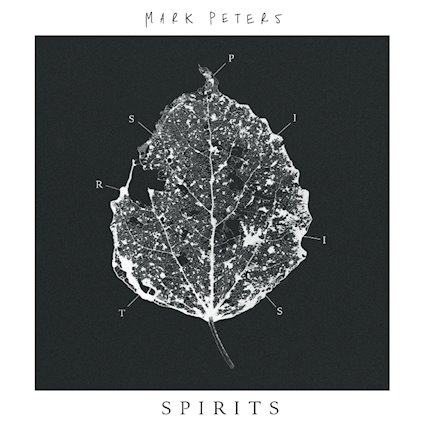 Based in Vienna, Austria, British-born singer/songwriter Mark Peters embarked on a solo career after playing guitar and writing songs for the band Seven Breaths. Peters’ newest release 24 Years is a culmination of songwriting and raw emotions of the last 15 years in one laser-sharp, yet moderately ordinary, album.

The lead off track “Memories” combines folk and soulful blues in a style that reminds me of Kaki King and Damien Rice. There’s an honesty that speaks to the song’s themes of longing and loneliness that feels like a distant memory. “Move Me” follows in the songwriter’s earnest examination of a relationship’s successes and failures. Peters balances the fine line between honest and corny, while delivering clean guitar sounds and soothing vocals.

The Damien Rice comparisons are true with the song “You Go Low,” which sounds better than the some of its parts. Lyrically, Peters crosses that fine line into something that feels well-worn and tired. Conversely, the album’s title track “24 Year” enjoys a dynamic structure and guitar work with strong storytelling and emotions, while “Chinese Torture” gives a listener a sense of true angst and sorrow.

The six-song album ends with “Spirits,” a song about regret and deceptions with proven songwriting and heartfelt vocals and style that seems inspired by Coldplay and Nick Drake. As Mark Peters describes his songwriting technique to The Indie Source,

“I think back then it was angst and frustration. To my recollection I think I wrote 24 Years when I was 24 years as well. Later on then I kind of pulled it together from a relationship I was in actually, where I felt quite betrayed. Also the same thing happened in another relationship I had before that, so I felt that history was just repeating itself.”

While 24 Years is strong with great production value and clean vocals and guitar work, Mark Peters’ music is too close to his influences than what he could accomplish if it were bolder. It seems he has yet to find his own style, while his voice is apparent and worth a spin.

For more info on Mark Peters and 24 Years, check out his Facebook and Bandcamp pages, as well as his Soundcloud for free listens.