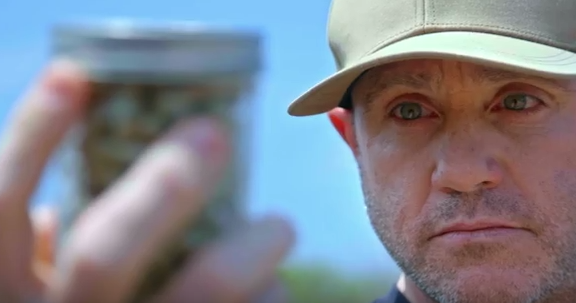 Writer-co-director-producer-star Chris Bell appears in The Orchard’s documentary, ‘A Leaf of Faith.’

Securing the cure for both the opioid crisis and chronic pain is a constant battle between a society that wants to end a deadly epidemic and a group of people that wants to eliminate their personal anguish. That fight is powerfully highlighted in the upcoming medical documentary, ‘A Leaf of Faith.’ In honor of the film becoming available to own or rent on digital HD next Tuesday, May 29, by The Orchard, ShockYa is debuting an exclusive clip from the movie, which is titled ‘Holy Grail.’ The clip features director and star, Chris Bell, as he chronicles his discovery of a natural pain killer that won’t kill him, which is called Kratom.

‘A Leaf of Faith’ showcases how every year, 30,000 Americans succumb to an epidemic of epic proportions-Opioid painkillers, which are the leading cause of accidental death in the United States. Enter Kratom, a plant that grows in Southeast Asia, and is a seemingly safer alternative to Opioid painkillers. Kratom is part of the coffee plant, and carries alkaloids that kill pain, give energy, wean people off opioids and can even suppress social anxiety. The plant doesn’t cause deadly side effects, withdrawal symptoms or addiction symptoms. But in October of 2017, the DEA announced the plant would become a Schedule 1 Drug, which would put it in the same category as Crystal Meth and Heroin.

After a double hip replacement surgery, a six-year opiate addiction and losing his older brother to pills, Bell vowed to help others get out of pain by killing the pain, not the patient. So he set out to explore the natural world of the little known leaf, which could prove to be the perfect human medicine, whilst also seeking answers to questions that test his faith.

Shockya is debuting an exclusive clip from writer-co-director-producer-star Chris Bell's documentary, 'A Leaf of Faith.'