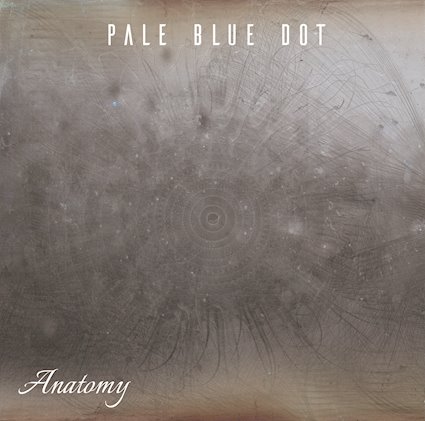 Hailing from Charlottesville, Virginia, Pale Blue Dot emerged as an art collective of musicians centered around the unique songwriting of lead singer Tony LaRocco. With deep influences of 1990s alternative rock music from the likes of Foo Fighters, Pearl Jam, and Stone Temple Pilots, Pale Blue Dot’s new album Anatomy captures that era with something more modern and thoughtful. The new album seems to have a lot on its mind and the band has the talent to express it with a collection of rock out songs.

Anatomy opens with “I Know,” a bouncy and catchy tune that keeps walking along with its toe-tapping bassline from bassist Drew Pompano. Meanwhile, while Tony LaRocco’s voice  is a bit off putting, it then completely fits when you get used to the sound. “Only Love” comes next and it sounds like it’s influenced by The Cure’s “In Between Days” with its smooth and lyrical jounce.

“Stained Glass Window” is a tuneful pop melody with a sharp and inspirational angle without being sappy, while “Dust And Light” is a delightful ballad with a bright sound that feels retro and nostalgic. The track “Yesterday’s News” is a standstill song that feels like the best of Pearl Jam and Aimee Mann put together, and “Canyons” has some nice guitar work from Peter Balogh and smooth melody and vocals from LaRocco. It also features proficient drum work from Darby Wooten. It’s a nice builder.

The song “Suitcase” is an all-out rock song that seems influenced by classic indie rock from the mid-90s, while being completely spiritual and honest, as the track “The Harlot And A Gambler” is a no-nonsense ballad that has a complex sound and instrumentation with a hypnotic and transformative emotional rawness. Anatomy finishes off with “Lo And Behold,” which is a very pleasant way to end an album. It feels like Pale Blue Dot is simply wishing the listener a fond farewell and goodbye and a “hope to see you soon.”

Anatomy has good replay value with a collection of thoughtful songs that feel of a piece. While Tony LaRocco’s vocals takes a bit to get used to, you couldn’t possibly wonder what these songs would sound like without him. There’s a great sense of honesty and raw emotions that feels relatable and true to life.

It’s no coincidence that this album comes out almost a year after the violent gathering of white nationalists in Pale Blue Dot’s hometown of Charlottesville. It almost seems like a response to the tragedy and an indictment of the reemergence of white supremacy as a whole in the United States. There is no such thing as “fine people” who are also white nationalists.

For more information on Pale Blue Dot, check out the band’s Facebook, Soundcloud, and Bandcamp pages on the Interwebs.