Even the most harrowing and life-threatening experience can ultimately positively change a person’s motivations and perspective on life. That’s certainly the case for former professional motocross racer, Aaron Baker, who crashed while practicing in 1999, and as a result, was rendered quadriplegic and completely paralyzed from the chin down. To mark the 19th anniversary of his accident, which is tomorrow, as well the release of the new documentary about his life, ‘Coming to My Senses,’ this month, Shockya is debuting a new exclusive clip from the film, which is titled ‘Broken Neck.’

The Orchard has distributed ‘Coming to My Senses’ on several VOD platforms, including iTunes and Vimeo. The official release comes after the movie won the Audience award at the Austin Film Festival and Best Documentary at the Red Rock Film Festival, and also played at the Miami Film Festival and Mammoth Film Festival. The movie was helmed by first time documentary feature director, Dominic Gill.

The following synopsis for ‘Coming to My Senses’ has been released by The Orchard:

In 1999, Aaron Baker broke his neck in a motocross accident, which left him completely paralyzed from the neck down. Despite his doctor’s grim prognosis, Baker decided not to listen to those who said ‘he had a million-to-one odds of ever feeding himself again.’ Instead, through painstaking effort, he endeavored to regain as much mobility as possible. This journey through the unknown took him from the depths of depression to the joys of cross country road tripping via tandem bicycle with his mother and friends. It culminated in his opening a socially conscious low-cost gym focused on increasing mobility for the disabled. Baker also took one final journey, which symbolizes his recovery: crossing a 20-mile tract of Death Valley, unsupported on foot.

For more information on ‘Coming to My Senses,’ visit the film’s official website. 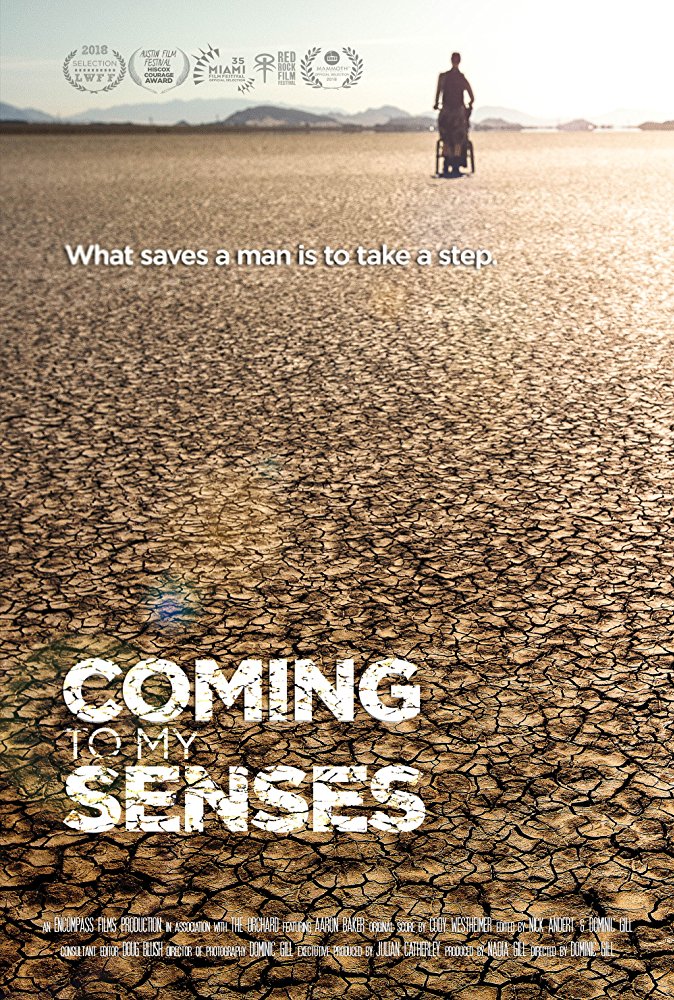 In honor of The Orchard releasing director Dominic Gill's documentary, 'Coming to My Senses,' which chronicles the recovery of former professional motocross racer Aaron Baker, Shockya is debuting an exclusive clip from the film.