Naturally crafting an emotionally raw and intuitive atmosphere during not only studio recordings, but also live performances, can be a challenge for many musicians. But Americana singer-songwriter, David Rosales, has exquisitely created music throughout his career that’s naturally captivating and stylish. The Los Angeles-based rock musician has rightfully made a name for himself through his frequent lyrical references to the unique tribulations of life as a musician and family man in Hollywood.

Rosales’ skills as a versatile singer-songwriter are showcased on his new debut full-length album, ‘Brave Ones.’ His talent was also displayed at this year’s SXSW, as he participated in the ChiveTV Showcase between March 15 and March 17.

Rosales generously took the time to sit down for an exclusive interview over dinner in the historic Rainey Street district during SXSW. The singer-songwriter took the time to speak with ShockYa following his performance at The Chive TV House on the first day he performed at the Austin-based festival. Among other things, the musician discussed how playing in bands before professionally branching out on his own allowed him to create a mature debut solo record that explores all of the diverse emotions and experiences he has been through throughout his life. Rosales also expressed his gratitude to SXSW for allowing him to share his life-affirming new songs on Rainey Street, which is a neighborhood of the Texas capital city that he has never played in before.

The conversation began with Rosales sharing how he became interested in becoming a musician. “I’m the youngest of eight kids, and growing up, I listened to whatever my older brothers and sisters listened to. I was also the kid who watched MTV before all his friends did. I fell in love with the music I was exposed to from my siblings and MTV, which was mostly rock, like Guns N’ Roses and Metallica. That music from the ’80s really spoke to me,” Rosales revealed.

The singer added that one of his brothers “was in a rock band when he was in junior high, and he played the bass. This brother’s about six years older than me. When he left for school, I snuck into his room and played his guitar. While doing that, I pretended like I was playing in front of 80,000 people in a stadium, like in the ‘Paradise City’ video.”

Rosales also admitted that “I was the only kid in my elementary school who wore Metallica and Megadeth T-shirts. I just wanted to play music that bands like Nirvana, Pearl Jam and Soundgarden were playing at the time, in the early ’90s. I really liked that grunge and rock movement.”

At the time, the musician, who was born and raised in L.A., asked his “grandfather, who lived in North Dakota, to send me a guitar. The next thing I knew, he sent me a guitar that he found at a garage sale in a barn in North Dakota. I didn’t know what I was doing…but I had music in my head, and was writing songs.”

While Rosales grew up with, and still has, a passion for writing and playing the guitar and singing, he’s also drawn to other elements in life. He shared that he has a degree in business administration, which helps him shape his path as an up-and-coming singer-songwriter. He added, “People ask me if music was my major in college, and I tell them, no, it was business. I like it all! Life has just led me to playing music right now.”

As he grew older and graduated from college, Rosales began playing “in a hard rock band, which was called Silent Treatment, that lasted for about 10 years. We got signed to a little indie label with my best friends. We were touring around the country. But as time passed, I began thinking, do I really want to play music for the rest of my life? I decided that I did, but the other guys felt that it wasn’t their thing anymore. So I’m the only one who’s still playing music.”

The musician added that he then “recorded an album that features acoustic music, after playing in a rock band that’s similar to Queens of the Stone Age and Guns N’ Roses, and was talking about death. I had my daughter around that same time, so I started writing about love and other things that seemed cheesy before. I recorded this album after I recorded an EP with the band I was in.

“I had this album that I didn’t mean for anyone else to hear, except for family and friends. It was just meant for me to get into the studio and share my emotions. When my band then broke up, and I reaized that I wanted to play music for the rest of my life, I wondered what to do next,” Rosales shared.

So the singer started “playing in venues that catered to that kind of music, and people really responded well to it…I then recorded another solo EP, and things just progressed from there.

“My debut album (is now available), and it’s my first complete one as a solo artist…I recorded it in a studio out in Southern California. It’s in the mountains, and almost the desert. I was in a log cabin with my team. It turned out to be the album that I completely wanted to make,” Rosales also divulged about the process of making ‘Brave Ones.’

“I figured out different ways to play each song with my drummer. We decided how to play each song, based on what the album needed,” the musician disclosed. “We ended up recording 12 songs, but I decided to only release 11 of them. I’m going to save the twelfth song for my next album.”

Having completed production on ‘Brave Ones’ before attending SXSW, Rosales was happy to share his new music with audiences in Austin. “Every SXSW I’ve attended has been different, but in a good way. This is actually my first time on Rainey Street, and I love it. I’ve gotten to learn a little bit more about this city every time I visit here.”

In addition to writing, singing and performing his songs for his new solo record, Rosales also co-produced his debut effort. “With ‘Braves Ones,’ I had a bit more of an idea where I wanted to go with the music. I think that’s the beauty of getting more and more into the game…As you mature, you also have a clearer idea and vision of what you want to do.” He added that he knows “how to communicate my creative ideas, and I love the process of recording, and seeing a song through.”

After he finishes promoting ‘Brave Ones’ on tour, as well as the production of his second solo album, the musician looks forward to penning more songs. “I think to be a great songwriter, you need to be a great listener. So I listen to other people a lot, particularly about all the experiences they’re going through. To a degree, songwriting is my interpretation of other people’s experiences, which help shape my life…I also write about experiences I go through, which hopefully a lot of other people have also gone through and understand,” Rosales explained.

The musician added that “Songwriters are observers who recognize everyday situations and experiences. They showcase how seemingly insignificant decisions and experiences that happen everyday can actually truly change people’s lives. I have the greatest job in the world, and I love what I do.” 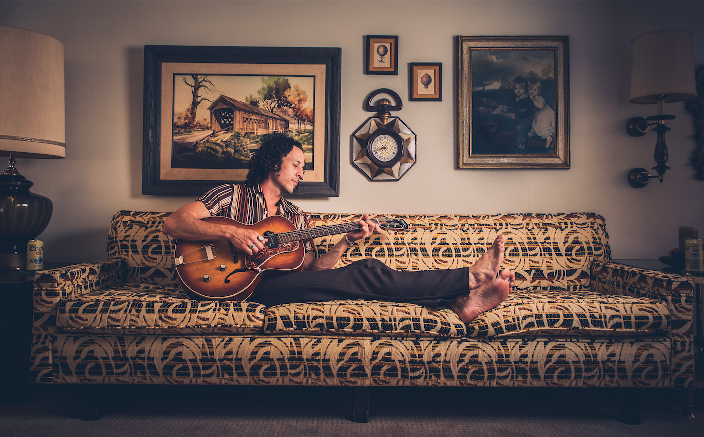