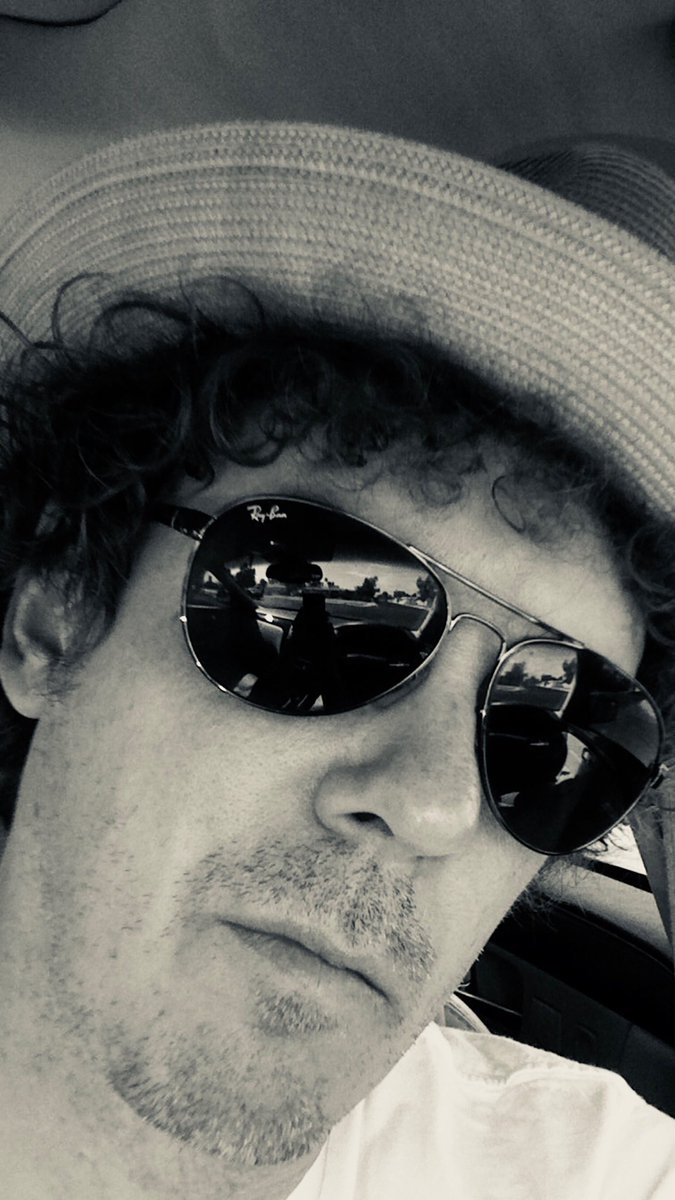 Even the happiness that accompanies the experience of falling and being in love can be in part fueled by conflict. Nashville-based singer-songwriter, Mark Huff, has infused true moments of honesty about the bliss, as well as the equally powerful trials and tribulations, of falling in and out of love into his ninth solo album, ‘Stars for Eyes.’ His latest record, which was released on Exodus Records, features 11 stunning rock and country-fueled tracks, and stunningly chronicles the drastic depths of varying emotion that accompany beginning and ending a romantic relationship.

Huff, who has drawn inspiration for his songs from some of his favorite musicians, including Muddy Waters, The Rolling Stones, The Doors and Neil Diamond, was also motivated by the ending of his own romantic relationship while he was writing ‘Stars For Eyes.’ That experience clearly shines through on all 11 of the songs on his latest album, which begins with the entrancing entry, ‘Prison Door.’ Fueled by electronic instrumentation, Huff’s rock-inspired vocals quickly drawn listeners to his unique presentation about learning to overcome what’s no longer within his reach.

The sophomore song on ‘Stars For Eyes’ is its alluring title track, which features a slower tempo than its predecessor. The journey the singer croons about is a relatable one that emotionally chronicles how Huff knows it’s now time to separate from the woman he was committed to, as it’s their fate. The tune would serve as the perfect score for a heartbreaking movie score that follows the painful separation of a once loving couple.

The record’s title track is followed by another noteworthy entry, ‘Carolina Blue,’ which features country-influenced guitar riffs and drum beats. Huff alluring croons that he doesn’t know himself anymore, especially with his loss of companions throughout his life. The heartbreak that accompanies that loneliness is clearly evident in the singer’s vocals, which would help make the tune a commercial hit on country radio. The musician powerfully showcased that he also has the same poetic sensibility of Bob Dylan on one of ‘Stars For Eyes’ signature songs.

The next entry on Huff’s latest album is ‘Big City Down,’ which also maintain a slower, more contemplative country vibe in its instrumentation, especially on the guitar. The heartfelt message emphasizes that people learn to embrace the environment they’ve come to adapt, which serves an ode to his adopted hometown of Nashville, which he moved to in 2003 from Las Vegas.

Huff goes back to his faster and more upbeat vibe with the next song, ‘God In Geography.’ The electronic and guitar-driven track gives off the inspiration that the singer and his audience can conquer the world, if they put their minds to it.

Drifting back to his country roots on ‘Stars For Eyes’ next track, ‘Nightingale,’ the musician questions how the woman he was romantically involved with can no longer love him. He emotionally contemplates whether they’d be better off together than apart, after they have spent time on their own.

The singer continues to note that he’ll wait for the woman he loves to return to him on his album’s next tune, ‘Heart Beating Without You.’ The entry’s overall slower pace, combined with Huff’s heartfelt vocals, are supported by an intriguing mix of rock and country guitar and drums. The overall stunning song chronicles how he’s honestly trying to move on without her, but he would take her back, as she’s the cause of the aching in his heart.

‘Stars For Eyes’ then delves into its best track, ‘I Know You Don’t Want My Love,’ which is an emotionally heavy composition. Fueled by a slower tempo and his country-inspired acoustic guitar, the singer finally admits that he can no longer feel a connection from the woman he loved. Instead, he now mainly feels the heartbreak of not receiving love back from her, which would make the tune a powerhouse for him to perform live. The entry proves to be even more emotional with the inclusion of the wailing tones of an effects-laden pedal steel that was played by Russ Pahl.

The captivating ‘I Know You Don’t Want My Love’ is followed by the funk-inspired rock song, ‘Burning Letters.’ Guided by stunning drum beats and guitar riffs, Huff chronicles his experience of watching the woman he loves leave, and feeling like he can no longer survive because she rejected his love. The track is a true revelation for the musician, who admits that he finally feels like he truly wants to move on.

The penultimate tune on ‘Stars For Eyes’ is the commendable effort, ‘Albatross,’ which is driven by a classic rock guitar. Unfortunately, the overall entry doesn’t connect to the singer’s previous nine songs’ messages, which emphasize the ability to move on from a failed relationship. The track features Huff crooning about continuing to fight a losing battle, despite his previous failed attempts of reconnecting with the person he lost. At such a late stage on the record, the singer has regressed back into his dependence on the woman he can no longer be with in the future.

‘Stars For Eyes’ redeems itself with its last entry, ‘Almost Like the Blues.’ Driven by a jazz and rock-inspired piano and Huff’s gritty vocals, the song emotionally notes how people will do whatever it takes to escape the tragic circumstances in their lives.

Huff’s charismatic talents, including his poetic sensibility, as a singer, songwriter and guitarist has allowed to craft a unique blend of vocal and instrumental sounds and storytelling depth on his latest album. The 11 tracks on ‘Stars For Eyes’ have been guided by the musician’s personal perspective on contending with the equally happy and painful experience of falling in and out of love. That unparalleled view has crafted a relatable, stunning and gripping country and rock-infused album that will surely serve as the anthem for many people who are also contending with an at-times painful breakup.